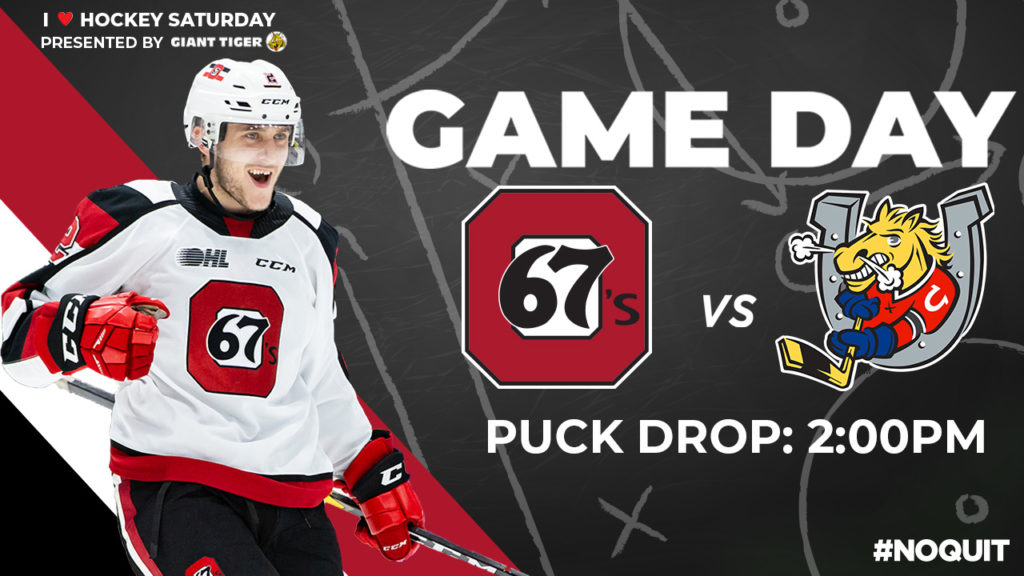 The Barber Poles host the Barrie Colts on Saturday, December 14th, as they try to keep their winning streak alive.

Ottawa has won its last nine games in a row, which is five victories short of the club’s all-time winning streak record of 14 straight set in the 1971-72 season and matched in 1998-99.  The team also went 14-0 in last season’s playoffs before falling to Guelph in the OHL finals.  With a record of 22-6-0-0, the 67’s are now one win ahead of last season’s pace when they tied the all-time club record of 50 wins and set a new points record with 106.

67’s Head Coach André Tourigny and defenseman Kevin Bahl are with Canada’s World Junior team and will head to Europe this Saturday. Associate Coach Mario Duhamel will be running the show until the end of the tournament in Czech Republic on Jan 5.

Saturday’s game against Barrie will feature a ceremonial puck drop by long-time CTV Ottawa sportscaster Terry Marcotte who will retire later this month.

This will be the first meeting between the 2 clubs this season.  Barrie has lost its last three in a row and is currently sixth in the Eastern Conference. The 67’s will have to be aware of Colts’ forward Tyson Foerster, who has accumulated 37 points in 26 games this season. The Colts will play in Kingston tonight (Friday) before Saturday’s matchup at TD Place.

The Ottawa 67’s today announced that Sunday’s Teddy Bear Toss game versus the Niagara IceDogs has been cancelled. The cancellation was precipitated by an horrific injury to IceDogs goalie Tucker Tynan suffered during their game last night against the London Knights. The Teddy Bear Toss game is rescheduled to Sunday January 5th when the 67’s host the Erie Otters at 2:00PM.

Fans with tickets to Sunday’s game will be able to exchange them for tomorrow’s home game versus the Barrie Colts, the January 5th game against Erie or another game this season.  All ticket holders will be contacted directly by the TD Place Box Office with more details. Fans that purchased advance parking for Sunday will be refunded.