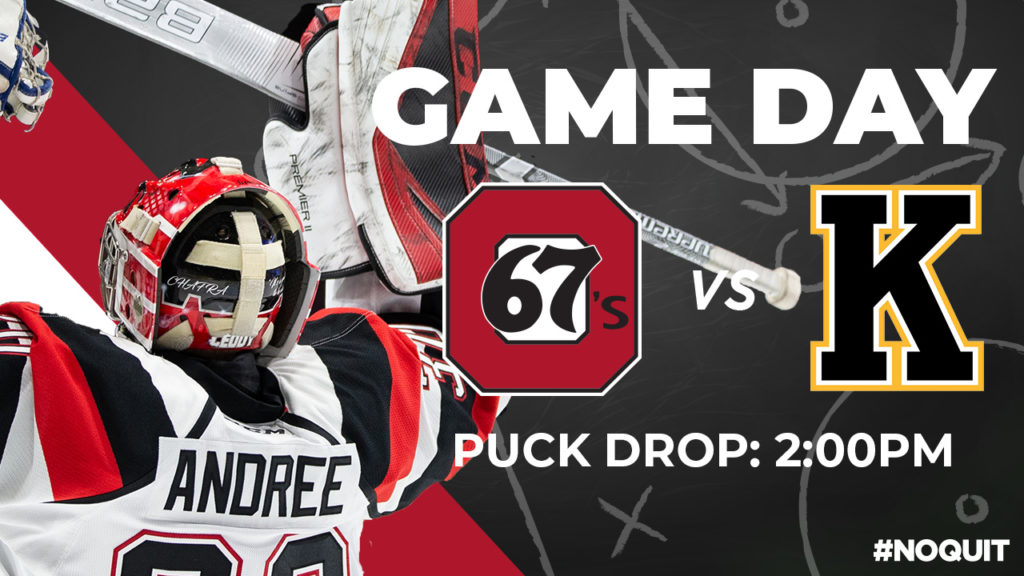 The 67’s are back at home for some thanksgiving festivities when they host the Kingston Frontenacs, Monday October 14 at 2pm. Currently sitting in the middle of the East Division with ten points in eight games, Andre Tourigny’s squad is only eight points behind Oshawa who is in first place and have six points over the Frontenacs, who are ranked fifth.

Still looking for their first win this season, last place Kingston have a young, dynamic team that should not be taken lightly.  The player to watch for the Fronts is without a shadow of a doubt 15-year old Shane Wright, the latest CHL player to have been granted the Exceptional Status.  The young player has put up four points in six games so far this season, and other such as Zayde Wisdom and Nick Wong have done a decent job at producing offensively so far with three goals each on the season.  In nets, the Frontenacs can count on a veteran presence, with 20-year old goalie Brendan Bonello between the pipes for his fourth OHL season.