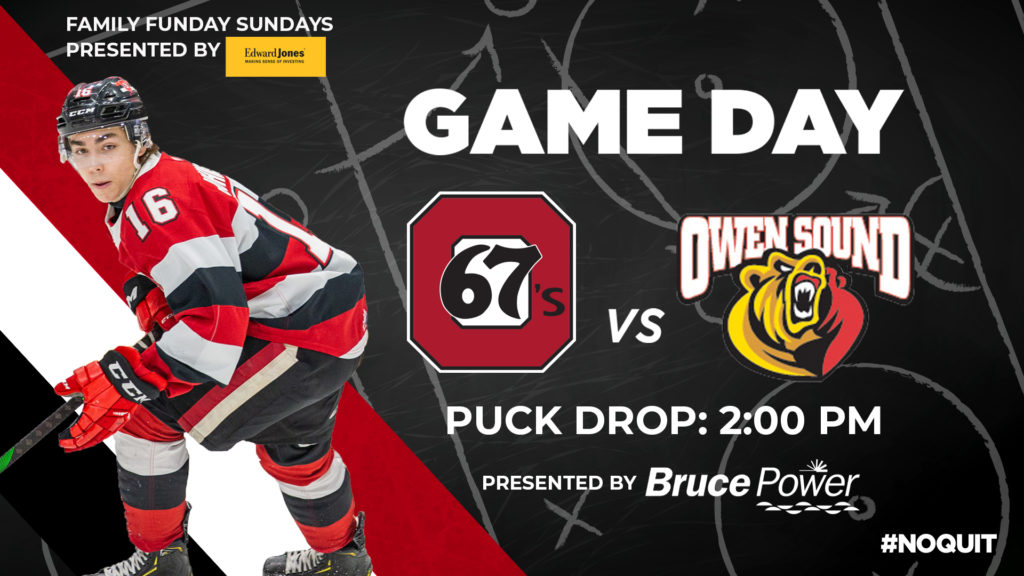 vs Guelph on Friday,  9-5 victory for Ottawa.

The Ottawa 67’s have lost only one game since November 14th.  The 17 game winning streak has come to an end in Peterborough, so the Barber Poles look to start another streak vs. Owen Sound on Sunday at The Arena at TD Place. It’s been a busy weekend, that included two homes games (Friday night resulted in a 9-6 home win over Guelph, and Sunday afternoon at home against Owen Sound), as well as a road game on Saturday against the powerful Peterborough Petes whicdh resulted in a 4-0 loss.

Friday’s game was awesome. It was a rematch of last year’s OHL Finals, but it was also because the second edition of the 67’s Dunder Mifflin Night, inspired by the hit TV show The Office.  Fans remember last year’s OHL final that was won in six games by the Guelph Storm.  Obviously, both teams’ rosters have changed a lot ever since, but those who are left have this rivalry set in their DNA for the rest of their OHL careers. It was quite a game.

The 67’s, who are currently ranked as the top team in the CHL according to the Kia CHL Power Rankings, have been on fire for many reasons this season.  Starting from the back end, Cedrick Andree is tied for the league lead in wins (21), second in shutouts (3), second in goals against average (2.27) and third in save percentage (.921).  Offensively, Ottawa counts on the league’s top scorer in Marco Rossi, who after Friday night’s win, has 73 points.  The Barber Poles also count on Noel Hoefenmayer, who leads all OHL defensemen in points with 50.  Ottawa has a lot of firepower, and even added to their lineup some offensive depth and toughness before the trade deadline, as they acquired forward Daylon Groulx from the Owen Sound Attack.  Groulx will be making his 67’s debut over the weekend.

Daylon Groulx, the newest member of the Ottawa 67’s, didn’t have to wait long before facing his old team.  As a matter of fact, it would only take a few days before he’s reunited with his ex-mates.  Last place in their division, the Attack have struggled this season.  Having won both of their last two games, however, it could be a positive block for this team to turn their season around on, and no better place to do it than in Ottawa against the OHL’s top team.  Offensively, Sergey Popov has led the charge for the Attack, with 41 points in 37 games.  Among their ranks, the Attack also count on Team Canada representative and gold medal winner Aidan Dudas (30 points in 23 games), who could however be moved by Friday’s OHL trade deadline.

Sunday is a Family Sunday Funday presented by Edward Jones. That means bring the whole family and bring your skates! There’s a post game skate right on the very same ice your Ottawa 67’s play on. Yes, there is skate storage on-site. 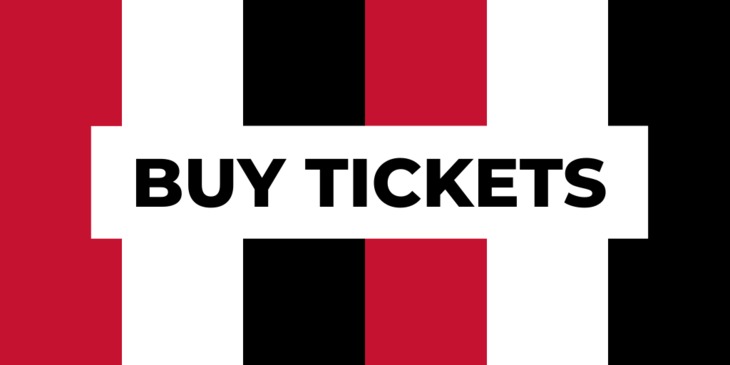