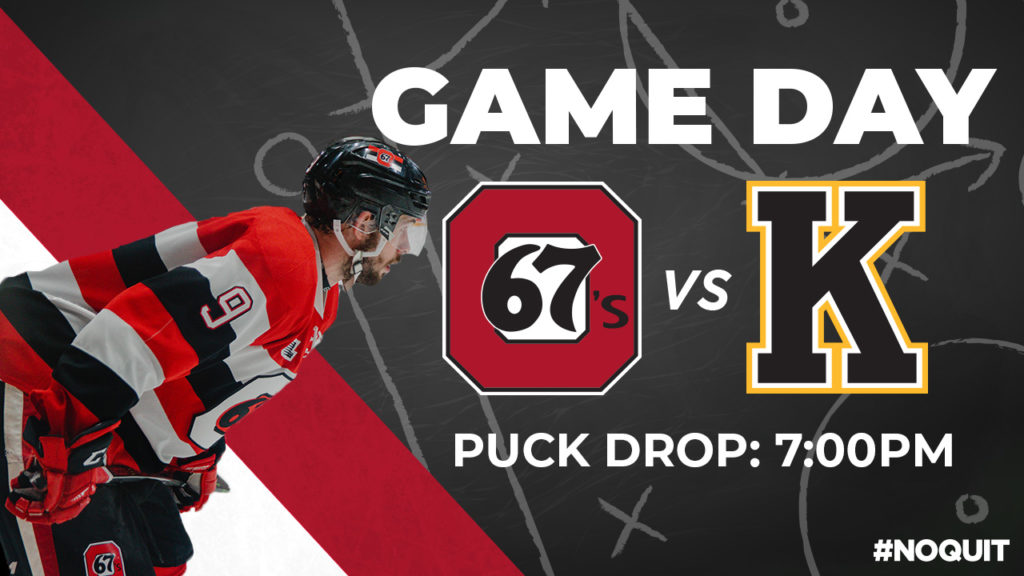 Off to a 2-0 start in this young 2019-2020 OHL season, the Ottawa 67’s will hit their home ice at The Arena at TD Place for the first time this year on Sunday afternoon.

Icing a lineup with as much skill and depth as anyone in the league with a dose of up-and-coming young skill, the 67’s are looking to take the next step just months after a historic 2018-2019 campaign came to heartbreaking end.

So far through a pair of road games, Ottawa has quickly rediscovered its winning touch, with the Barber Poles scoring back-to-back shootout wins last weekend to officially get things underway.

The only thing standing between the 67’s and their fans at the home rink is a third-straight road date on Friday night, this time against the Kingston Frontenacs, a team Ottawa had its way with last year.

Here’s a look at Ottawa’s next opponent.

The 67’s and Frontenacs knows each other very well, though Kingston got a close-up look at just how powerful their Ottawa rivals were last season. En route to a 50-win season, the 67’s went 7-1 against the Frontenacs in 2018-2019, with the only blemish a 3-2 loss in February. So far this year, Kingston is 0-1, with their lone game to date a 4-1 home loss to the Oshawa Generals. Overall, last year was a tough one for the Frontencs, who finished last in the OHL with a 14-52-1-1 record for 30 points.