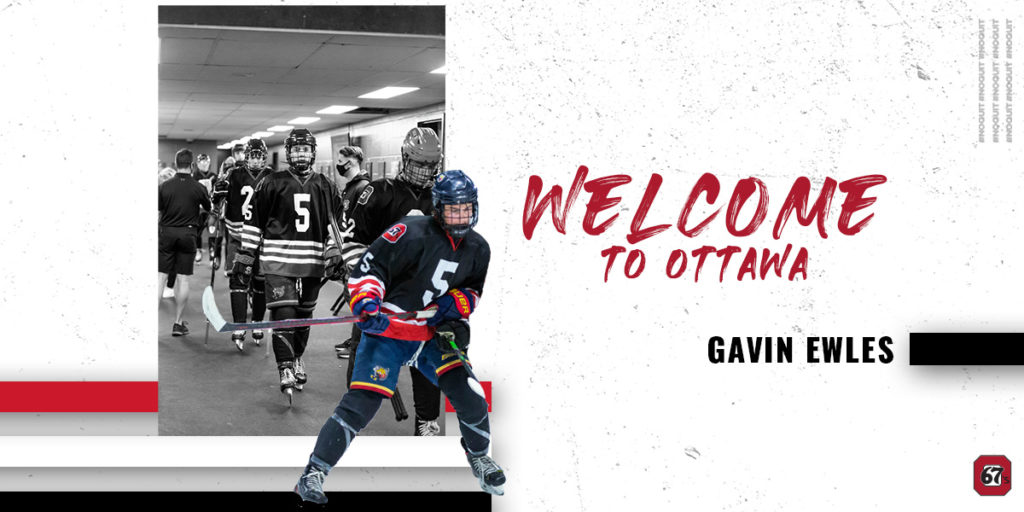 The Ottawa 67’s have announced another commitment from their 2021 draft class, with defenceman Gavin Ewles officially joining the Barber Poles.

“Gavin is an intelligent and responsible defenceman, who moves the puck effectively up the ice,” said 67’s general manager James Boyd, “We are excited to begin working with Gavin as he continues his season with the Pembroke Lumber Kings of the CCHL.”

Drafted in the fifth round – 91st overall – by Ottawa in the 2021 OHL Priority Selection, Ewles arrives to the team by way of the Barrie Colts AAA program. He is also a product of the York Simcoe Express, where he played with current 67’s forward, and fellow 2021 draftee, Brad Gardiner.

After attending the Barber Poles’ 2021 training camp, the Ewles has suited up for the Pembroke Lumber Kings of the CCHL. Through the opening 11 games of the 2021-2022 season, the Barrie native has tallied two assists.

Ewles is the sixth of Ottawa’s 17 selections from this year’s draft to commit to the team; along with Chris Barlas, Luca Pinelli, Cooper Foster, Brad Gardiner, and Jack Dever.

The 67’s return to action on Friday, October 29, in Kingston for a 7:00pm EDT showdown with the Frontenacs.