Home opener a reason for excitement for Henry Mews 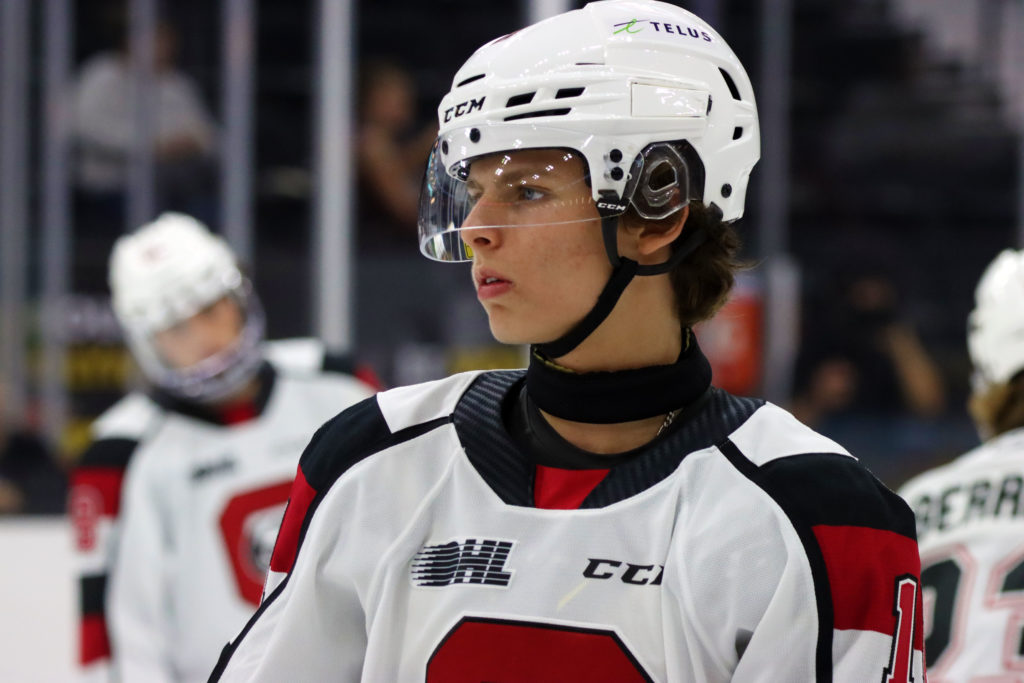 If my younger self could see where I am right now, the only reaction would be “wow.”

Growing up in Ottawa, I went to 67’s games quite often as a kid. I remember the first time I went, it was for one of my buddy’s birthday parties when I was about 10 years old. Watching the game, I knew that I wanted to play in the OHL, it just seemed so cool.

I spent a lot of time at TD Place during the playoff run in 2019. Players like Noel Hoefenmayer, Tye Felhaber, Jack Quinn, and Marco Rossi have left a lasting memory in my mind, much like they have with fans. Those teams were special.

I was a forward in minor hockey, right up until last season with the Toronto Jr. Canadians in the GTHL. I idolized Connor McDavid, who played with the Erie Otters while I was growing up. He’s one of the best players I have ever watched, and I used to try things I had seen him do in practice.

After making the switch to defence and having a good season last year, it was a dream come true to be drafted by the 67’s. Just playing in the OHL would have been special for me, but to be able to do it for my hometown team is extra special. This is what dreams are made of.

The home opener on Sunday is going to fun. It’s my first home game at TD Place, and marks the opening weekend of my OHL career. Hearing my name called in the arena, and coming out of the tunnel for the first time will be special, and I’m excited just thinking about it.

But I can’t forget about my teammates. They have helped me feel right at home, and they have made my transition to OHL life as easy as possible. We’re a tight group, and I’ve made a lot of new friends while I have been here. We’re all excited to get things going, and we have high hopes for the season.

We can’t wait to step out on the ice this weekend in front of the best fans in the OHL. This team is more experienced, we’re going to be a tough team to play against, and there aren’t too many nerves to start the year, just excitement. We know some of our shortcomings from last year, and we’re confident in solving them this season.