The importance of the Ottawa 67’s Teddy Bear Toss 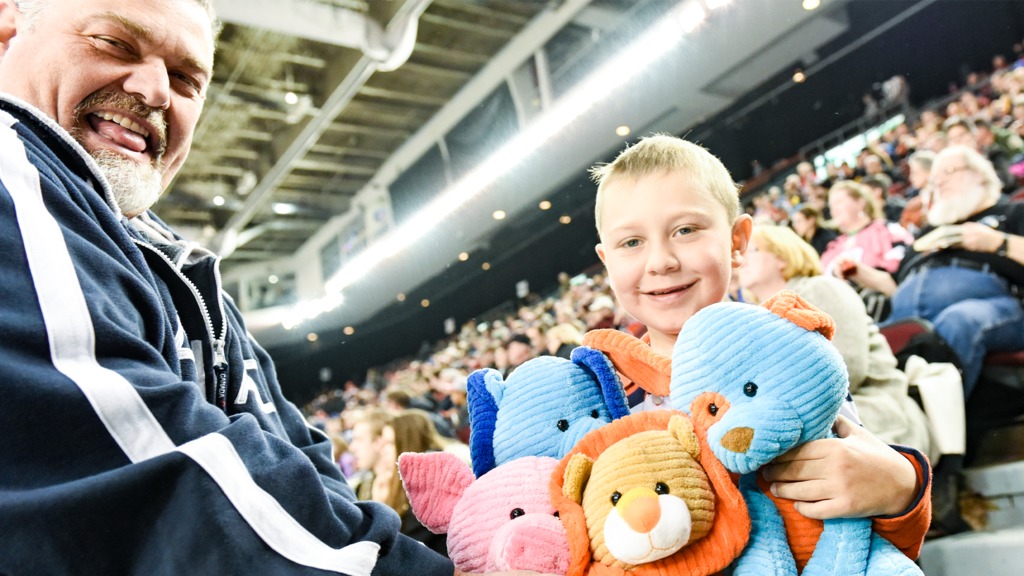 On any other night of the year, throwing things on to the ice would get you escorted out of The Arena at TD Place by security — save for a hat trick, of course — but when the annual Teddy Bear Toss rolls around, throwing as many cute little stuffed animals on the ice as you can possibly carry into the arena is encouraged.

After a hiatus due to the COVID-19 pandemic, the annual Ottawa 67’s Teddy Bear Toss is returning on Saturday, December 17th, when the Barber Poles take on the Hamilton Bulldogs. There’s a long history of big names who have scored the cutest goal of the season, and every member of the 67’s will be looking to send the fur flying.

Since the start of the event in the early 2000s, some of the 67’s highest profile names have scored the Teddy Goal; including Tye Felhaber in 2018, Austen Keating in 2015, Tyler Toffoli in 2009, and Logan Couture in 2008. But the thing about the Teddy Goal is that anyone can score it, whether you are yet to score a goal in the OHL, or if you lead the team in goals.

In 2007, Jason Bailey, who scored just 15 career OHL goals, added his name to the list, scoring against the Belleville Bulls midway through the first period. The Nepean native added a second goal in the game, but the Teddy Goal still ranks among his best, even 15 years later.

“I would say it’s up there with one of my more exciting goals,” Bailey said, before recounting all the fine details of the play. “It was a really cool experience.”

Bailey, who has two gold medals with Canada (one for U17, and one for U18), and a Calder Cup championship with the Binghamton Senators in 2010-11, still has his place in the Barber Poles’ history books. Forevermore, Bailey’s name will sit next to Couture and Toffoli, being one of the select few players in franchise history to send the bears soaring.

“It’s always pretty cool to be mentioned in the same sentence as some of those guys,” Bailey said.

Another player who added his name to the list in 2016 is Orleans native, Pat White. He shares the same feelings about adding his name to the illustrious few, but he also owns a rare distinction; he has scored two teddy goals, both for different organizations.

White scored his first teddy goal in his rookie season for the Sarnia Sting, and knew right away, he wanted another. After a few seasons of watching the goal happen off the stick of a teammate, White found himself with his final chance to score, this time with the 67’s. With family and friends in the stands, White did it again, scoring the first goal against the Oshawa Generals.

“The first time was cool, and it put me in great company in Sarnia,” White said. “In Ottawa, there were more people in the building, and my family was there, so it was something you get up for.”

For both, the Teddy Bear Toss goal is one of their highest-ranking OHL memories.

“It almost felt bigger than a hat trick, even though it was just one goal,” Bailey said. “It was a long celebration, and our entire team had to come out and clean up the ice.”

The Teddy Bear Toss serves as a big point of the season, according to White. There’s a build-up to it, and the players know what’s on the line.

“It’s exciting,” White said. “The whole start of the season, this is the game you look forward to. Once the Teddy Bear Toss is done, you can start focusing on the playoffs.”

Anyone could be the one to send the bears flying, but White believes an Ottawa kid will be up to the task. He says Chris Barlas will score the Teddy Goal this year, but only time will tell.