Mental health a key focus for the Ottawa 67’s 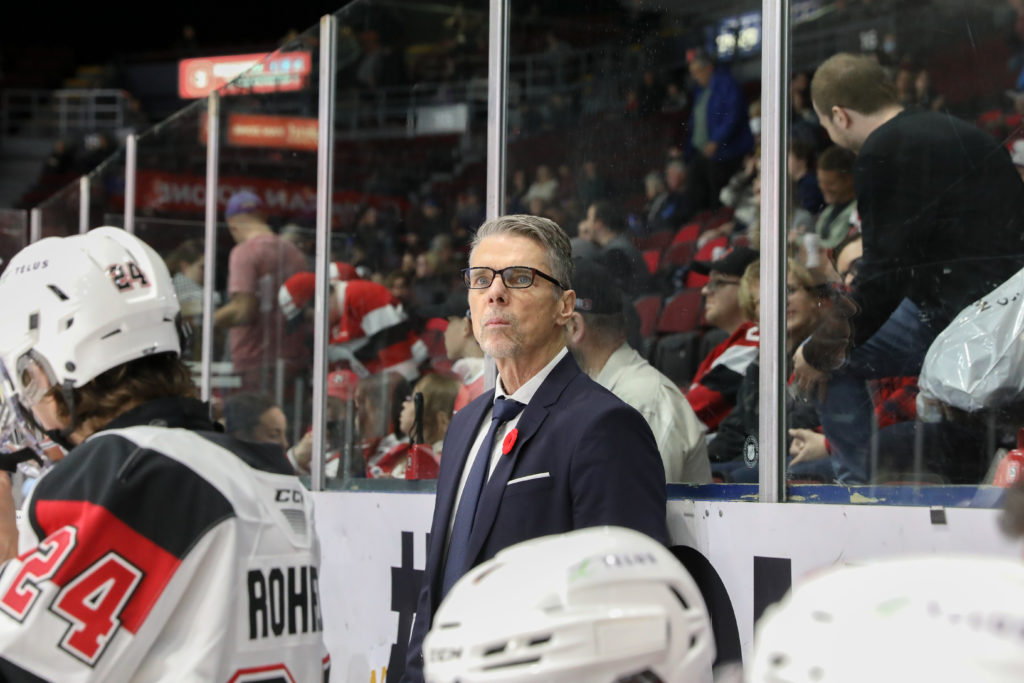 When the Ottawa 67’s take to the ice on a game day, it may seem like the most important thing is earning a positive result, but for those that work closely with the players, that isn’t the case. The goal is always to win the game, but it’s secondary to ensuring the physical and mental health of the young athletes, who are living hundreds, or even thousands, of kilometres away from their families.

With the Barber Poles, players have access to numerous resources, including Dr. Michelle Mathias, who is available when someone is feeling down, or is looking for someone to talk to about complicated situations in their lives.

Head Coach Dave Cameron and the rest of his staff have placed high importance on players’ mental health since joining the club ahead of last season. He ensures his players know that it’s okay to not be okay, and encourages them to reach out when they are in need.

“As a staff, we’re always reminding them that it’s alright to reach out, and ask for help,” Cameron said. “They don’t have to go through this alone. It’s an important part of helping our team deal with the stresses of day-to-day life.”

Behind the scenes, it’s all hands on deck. It takes far more than Cameron and the rest of the coaching staff to help everyone. Sometimes, Athletic Therapist Marie-Pierre Néron sees something and can talk about it, other times, it’s a billet family, or a player’s family who brings issues to the forefront.

“It’s often a billet who will text me and tell me that someone is feeling off,” said Eileen Duffin, the 67’s Housing and Education Coordinator. “They will often be in touch with the parent, and sometimes the parents will reach out to me. They are a key part of this.”

Still, it’s possible that things could slip through the cracks. In a league initiative, players use an app called “Hone,” where they report their feelings toward certain prompts on a weekly basis, with the information being anonymously reported to team staff, including coaches, Dr. Mathias, and General Manager James Boyd.

The information received from the questionnaire, paired with what the other supports around the team have seen can be critical for getting a player the help they need. It can reveal regular stressors, such as exams, and it can show scheduling issues in the players’ lives, all of which can be used to make adjustments as needed, according to Boyd.

“Everybody in the league is supposed to do the Hone app,” Duffin said. “It has been good for our guys, and they stick to it. We’re really conscious of it.”

Duffin, who has been around the club for a number of years, says that it wasn’t always like this. In the past, players may have been concerned about bringing their struggles to the attention of others, but thankfully, things have changed.

“We have all [been through counselling], there has been a point in all of our lives where we have needed some kind of support,” Duffin said. “[Sometimes], a kid’s big fear is that everyone is going to find out, but I find our boys are less like that. They are more supportive of each other than in past years, and in the past four or five years, it has [gotten better].”

Improvement is something that Cameron has seen, as well.

“The difference is that every year it gets better and better,” Cameron said. “It’s becoming more accessible and common, and therefore, players are getting more comfortable. It’s a service that we owe to these players.”

When the players step on the ice, it’s sometimes forgotten just how much pressure they are under. Kids living away from their parents for the first time, chasing their dream of being drafted by an NHL club, all while they are in high school. It’s a lot to handle for a kid, upping the importance of giving them as many resources as possible.

When a player comes to Ottawa to be a 67, they know they are going to be pushed to be the best hockey player possible, but they also know they have people around them they can confide in when the going gets tough.

“They can still be really tough on the guys coaching-wise and lean on them, but when they leave the ice, the biggest issue is how are they doing physically and mentally,” Duffin said. “All of those things are more important than hockey.”

As things continue to improve, the organization is looking for more ways to help, and encourage the players to take advantage of the supports already in place.

“We’re constantly on the look for things like apps or personnel that will be able to augment the experience,” Boyd said. “Once you have those supports in place, it’s making sure that you’re constantly having diologue with player to make sure they know [about the supports], and encouraging them to access them [if they need to].”