Nikita Okhotyuk to join Russia for World Junior A Challenge 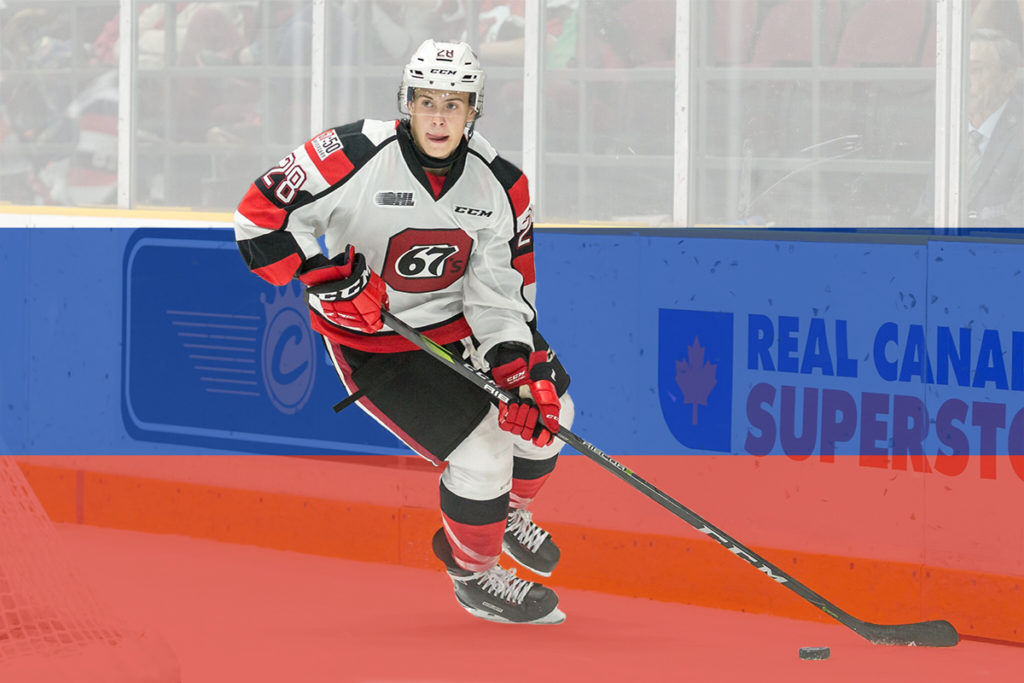 Ottawa 67’s rookie defenceman Nikita Okhotyuk has been named to the Russian U20 Team ahead of the World Junior A Challenge set to open December 10th in Truro, Nova Scotia. The Russians open the tournament this Sunday against Canada East who captured silver at this tournament last year, while the Russian claimed bronze.

Russia will also face Switzerland in the preliminary round of the six-team tournament on December 12 before the knock-out round opens on December 13 with the winner crown on December 16.

“Nikita has been a big part of our team since the start of the season,” said Head Coach and VP of Hockey Operations Andre Tourigny. “He brings physicality, mobility and competitiveness every night. We wish him all the best and we look forward to having him back after Christmas.”

The Barber Poles drafted Okhotyuk with their first-round pick in this year’s Import Draft. The 6-1 blueliner hasn’t disappointed in his rookie campaign recording 3 goals and an assist playing in all 29 games to date and making his presences on the ice known on a nightly basis.

Click here for more information on the 2017 World Junior A Challenge visit.

The 67’s return to action this Friday against the Oshawa Generals before returning home to face the Niagara IceDogs Saturday at 7 p.m. followed by the Sudbury Wolves on Sunday at 2 p.m. Tickets are available at Ottawa67s.com where fans can also purchase their ticket to the first-ever 67’s Outdoor Game when they host their cross-river rivals from Gatineau on Sunday, December 17 at 3 p.m. with tickets starting at $15.