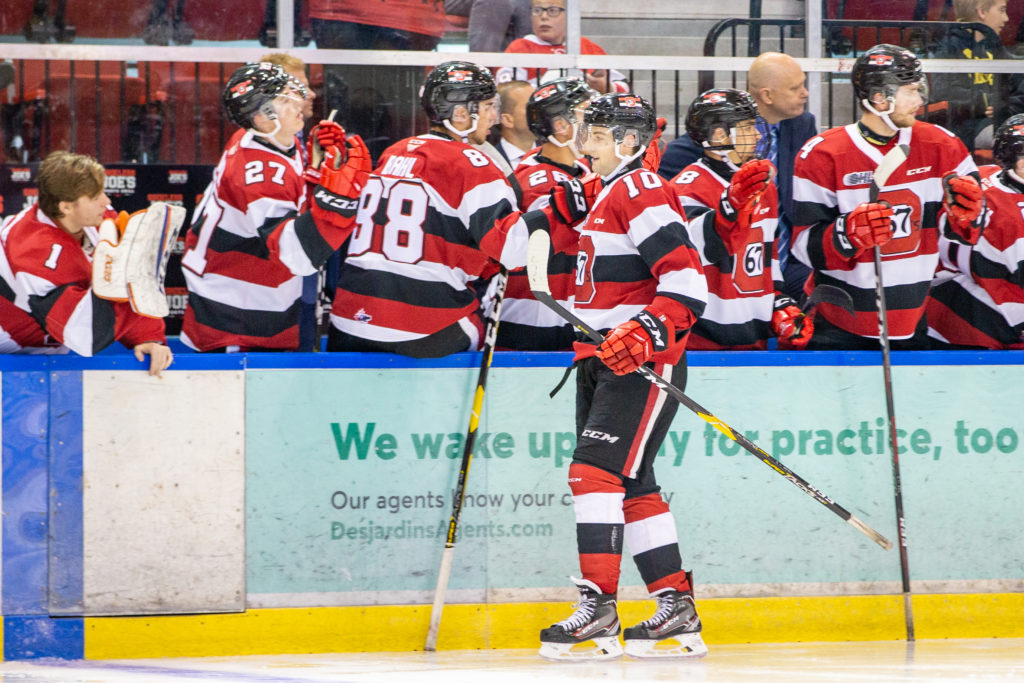 Despite an 8-5 pre-season loss to the Kingston Frontenacs on Monday, the Ottawa 67’s showed they’ll once again be an offensive force this coming season.

Clarke, a 2019 draft selection of the New Jersey Devils, has now scored four goals in three exhibition games to start the pre-season.  He and linemate Rossi have combined for 14 points (seven each) in those three games.

The 67’s will get a week-plus of practice time before wrapping up the pre-season schedule on September 13 and 15 against Kingston and Gatineau.

In the meantime, the 67’s will host a season-kick off event in support of the OSEG Foundation on Thursday, September 5 at the Horticulture Building at Lansdowne Park. For more information on the Back to School, Back to Work, Back to Hockey event, click here.