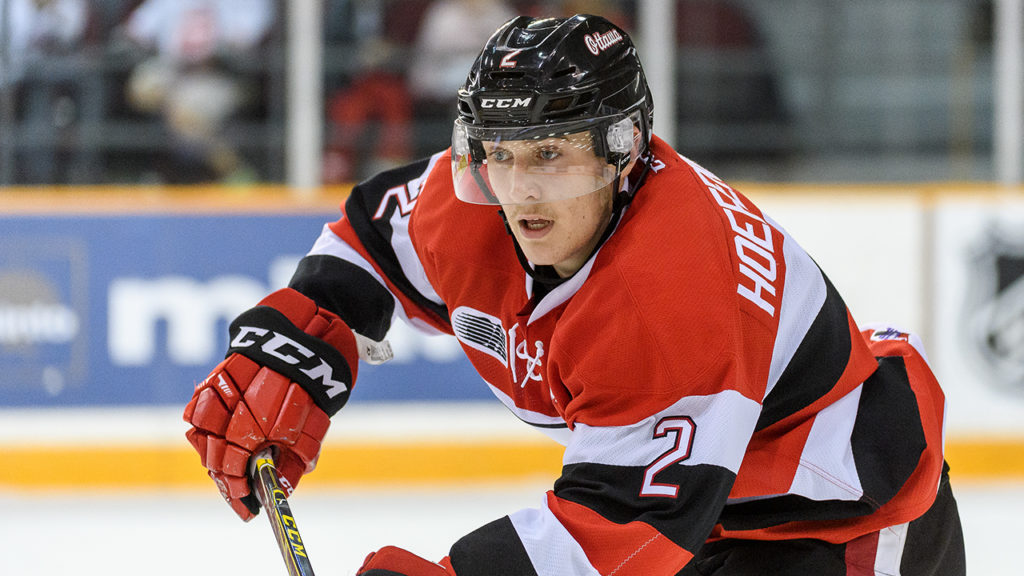 They say defence wins championships – and that’s why Noel Hofenmayer’s stock has raised so high over the past season.

The puck-moving, smooth-skating defenceman is ranked 75th in NHL Central Scouting’s final draft rankings in advance of the 2017 NHL entry draft, and his frequent appearances on the back-end for the barberpoles helped his stock rise this past winter.

Hoefenmayer launched 40 points in 62 games with the 67’s this past season, after seeing an increased role on a young blueline. The North York, Ont. native routinely played top two minutes and was the anthor on the back-end for the 67’s D core, that showed immence improvement as the season progressed.

His point production increased by 34 points from his rookie campaign to his sophomore year as a 67, showing his growth and adaptability to higher levels of hockey.

He is a product of the Don Mills Flyers minor midget program, after notching similar offensive numbers in the silver and orange of the GTHL.