A Note From Bear Part 2: Looking Back, Moving Forward 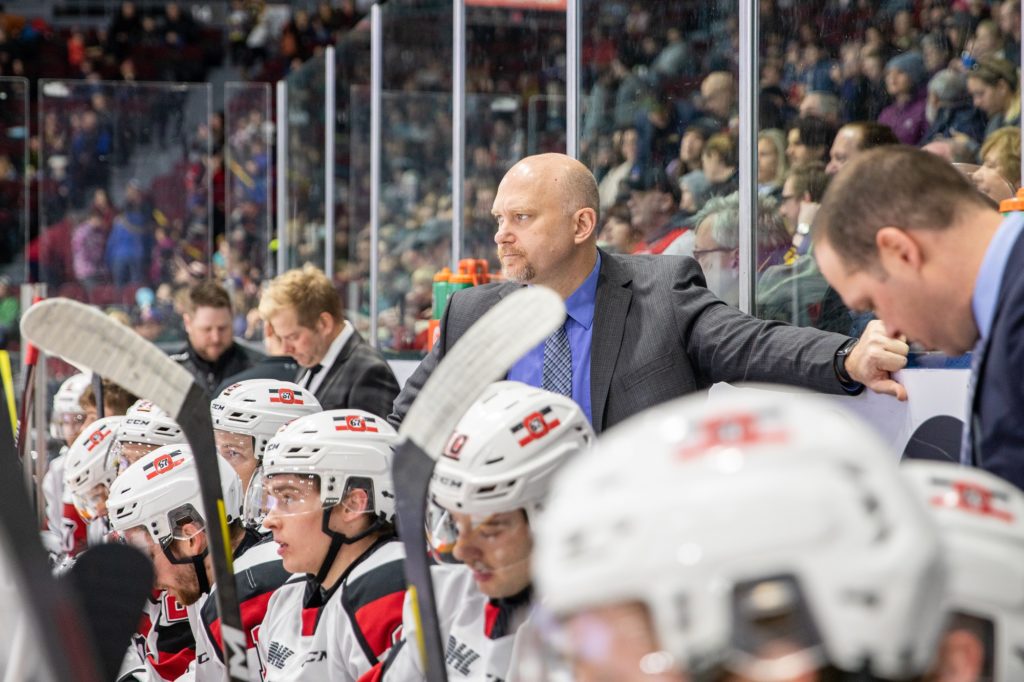 There were many highlights this season.  When we put together that record-setting 17-game winning streak, that was pretty special.  The streak broke when we lost that 4-0 game in Peterborough and then, I think we went on to win the next 10 in a row, so it shows their commitment level.  I was really proud when we hit a bit of a rough patch in February losing 3 of 4 and then bounced back to close the season with 7 straight wins. The players battled through it and they were in great shape physically and mentally for the playoffs.  I’m very sorry they didn’t get the chance to see how far they could go.

As for other highlights, the breakout seasons by Marco Rossi and Jack Quinn were unbelievable.  Marco was only 1 point away from tying the OHL’s all-time +/- record with 6 games to play in the season, and remember, he was out for 5-games early on with a suspension.  For him to have that +/- and record over 2-points per game while still being so responsible in the defensive zone … it’s remarkable.  As for Quinner, his growth as a player this year was incredible.  His work level, drive, commitment and leadership were really a blast to see. Austin Keating’s 300th game as a 67 was also a big highlight.  Think how hard that is to do … averaging better than 60 games/season over 5-years.  He’s a real competitor and a strong leader with great skills.  And another guy like that is Hof.  He was the top offensive defenseman in the League this year and the best on the 67’s roster since Brian Campbell in 1999. And how about Joe Garreffa?  90-points in 52 games? That’s a huge season.

As a team, for me, I’d say consistency was the biggest highlight.  We were coming off a record-setting season last year with 50 wins and 106 points and then we came out and posted another 50-win season with 101 points in 6 fewer games. That’s very impressive.

As for next season, right now we’re preparing for the minor midget draft which is coming up this Saturday by phone. There’s nobody to scout in person now but our scouts did a great job throughout the year and we’re now reviewing lots of game tapes to make sure we’re ready. We know our over-agers—Keats, Hof and Joey—will be moving-on for sure and so will some of our 19-year olds.  Remember, the dream for all our players is to play in the NHL.  Our job as coaches is to help them develop and give them a chance to make that dream come true.  So, if they’re not back with us next year, we’ll be very happy for them.  And if they are back with us, then we’ll be happy to welcome them back as the leaders of the next edition of our team.

Thanks again to those of you who reached out to us on social media and through others in the 67’s organization.  We’ll be fine.  The most important thing for all of us right now is to keep healthy and do what we can to get back to normal as soon as possible.  Please take care of yourself and your family and know that all of us at the 67’s look forward to welcoming you back to TD Place next season.