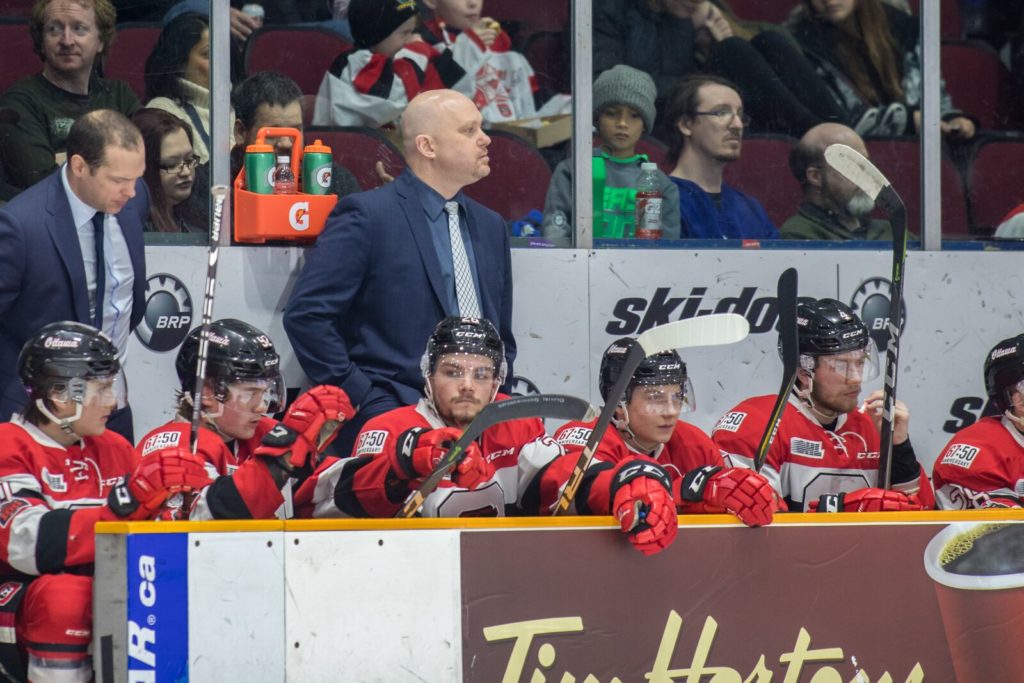 The Ontario Hockey League today announced the results of the Eastern and Western Conference Coaches Polls for the 2017-18 OHL regular season.

The OHL Coaches Poll provides member club coaches with the opportunity to recognize the top three players in 20 different skill categories within their own conference.

The Coaches Poll is tabulated when each team submits one nominee per category, and coaches then vote for the top three players for each category within their conference.  Players receive five points for a first place vote, three points for a second place vote, and one point for a third place vote.  Clubs are not permitted to vote for players from their own team allowing for a maximum of 45 possible points for each winner.

Below are the categories that feature a member of the 67’s. For the full list, click here.