OHL ‘On the Run’ Player of the Week: Noel Hoefenmayer 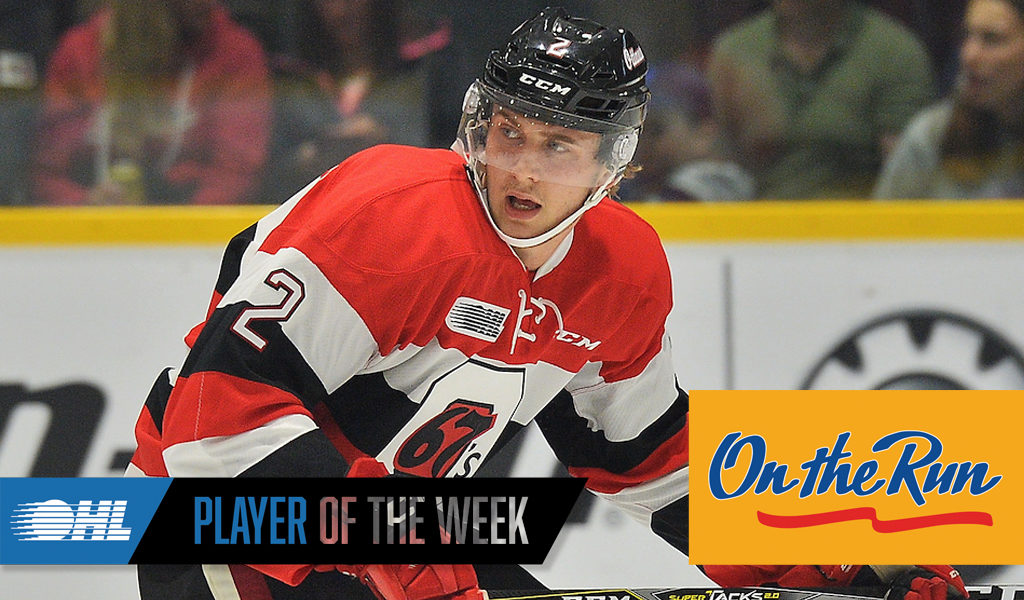 The Ontario Hockey League today announced that Arizona Coyotes prospect Noel Hoefenmayer of the Ottawa 67’s is the OHL ‘On the Run’ Player of the Week for the first week of playoff action ending March 25 scoring twice with four assists for six points in two games.

Hoefenmayer recorded back-to-back three-point performances for the Eastern Conference’s eighth place 67’s who opened the 2018 OHL Playoffs with a split on the road against the first place Hamilton Bulldogs.  The defenceman played a role in 75% of the 67’s scoring last week tying for the league lead in points through two post-season games.  In Game 1 on Thursday he scored twice and added an assist receiving second star honours despite a 6-3 loss, then recorded three assists in Game 2 on Sunday including a helper on Sam Bitten’s game-winner as the 67’s grinded out a 5-4 victory.  The series shifts to the nation’s capital for Game’s 3 and 4 on Tuesday and Wednesday.

Bitten on the power play ?

A 19-year-old from North York, Ont., Hoefenmayer is playing in his third OHL season with the 67’s since chosen by the club in the second round of the 2015 Priority Selection.  He led the 67’s blue line in scoring for the second straight season producing seven goals and 26 assists for 33 points in 65 games.  Hoefenmayer was a fourth round pick by the Coyotes in the 2017 NHL Draft.

Watch video highlights of Hoefenmayer and the 67’s against the Bulldogs in Game 1 and Game 2.