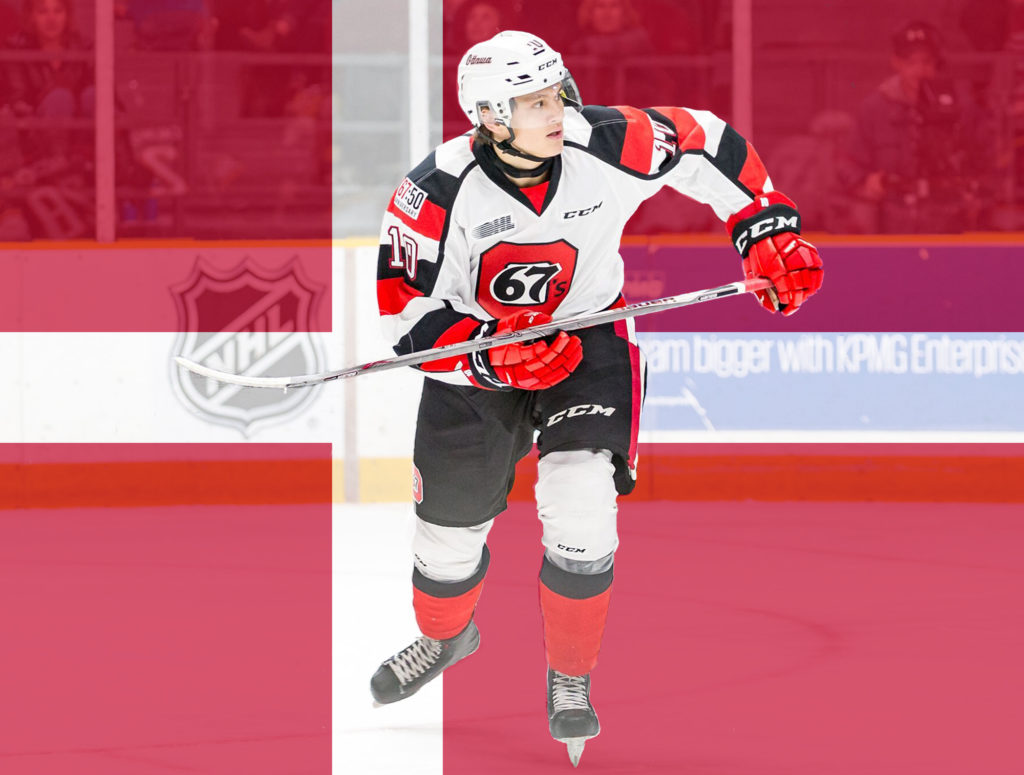 Ottawa 67’s rookie forward Oliver True has been named to the Danish World Junior Team and will join his fellow countrymen next week for camp and exhibition games ahead of the 2018 IIHF World Junior Championship in Buffalo. The Danes will open the World Juniors on Boxing Day against the United States before facing Finland, Canada and Slovakia in Group A action.

“It will be a fantastic experience for Oliver. He will grow a lot during that tournament and he will bring back that experience to our hockey club,” said Head Coach and VP Hockey Operations Andre Tourigny. “Play at that level with that kind of pressure helps a lot in the development of an athlete. We are proud of Oliver’s progression and we will follow him closely.”

True was the Barber Poles second-round pick in the 2017 Import Draft and came to Ottawa already having a year of pro experience in his native Denmark under his belt. In his rookie campaign with the 67’s, True has tallied three goals and four assists in 27 games and is NHL draft eligible this July.

The 67’s return to action tonight against the Oshawa Generals before returning home to face the Niagara IceDogs Saturday at 7 p.m. followed by the Sudbury Wolves on Sunday at 2 p.m. in the annual Teddy Bear Toss Game. Tickets are available at Ottawa67s.com where fans can also purchase their ticket to the first-ever 67’s Outdoor Game when they host their cross-river rivals from Gatineau on Sunday, December 17 at 3 p.m. with tickets starting at $15.