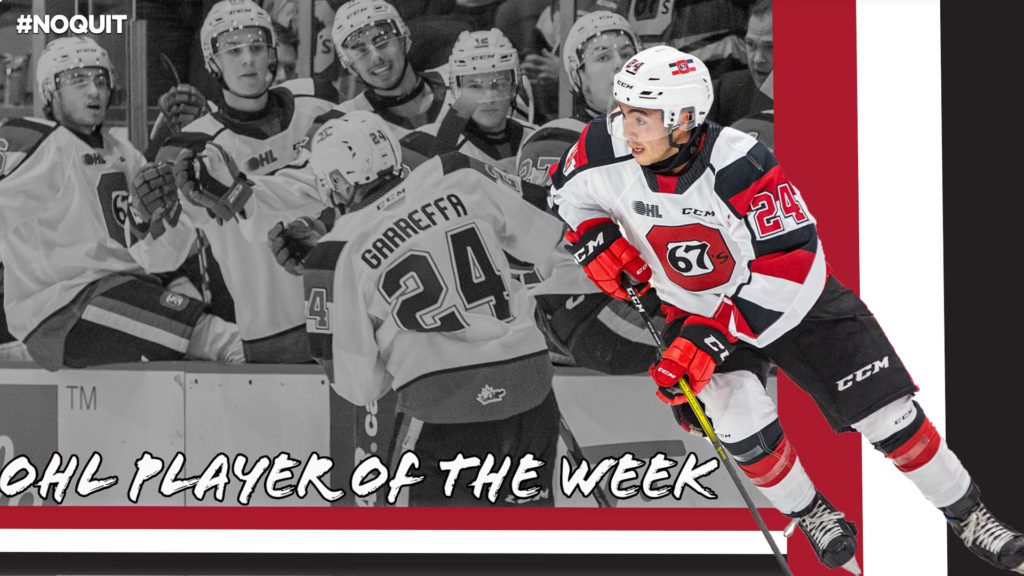 The Ontario Hockey League announced Monday that Ottawa 67’s forward Joseph Garreffa was named the OHL’s Player of the Week, after two brilliant performances against Kingston on the road on Saturday and against Peterborough at home on Sunday.

In those two games, overage forward Garreffa combined for a total of 7 points, after putting up 3 (1G, 2G) on Saturday and 4 assists on Sunday.

Since joining the 67’s in late October, Garreffa now totals 18 goals and 28 assists for 46 points in 22 games played this season.

Garreffa and his teammates will be back in action on New Year’s Day, when they visit the Oshawa Genereals.  They’ll be back on home ice the very next day, when Ottawa hosts the Kingston Frontenacs at 2:00 PM inside The Arena at TD Place.