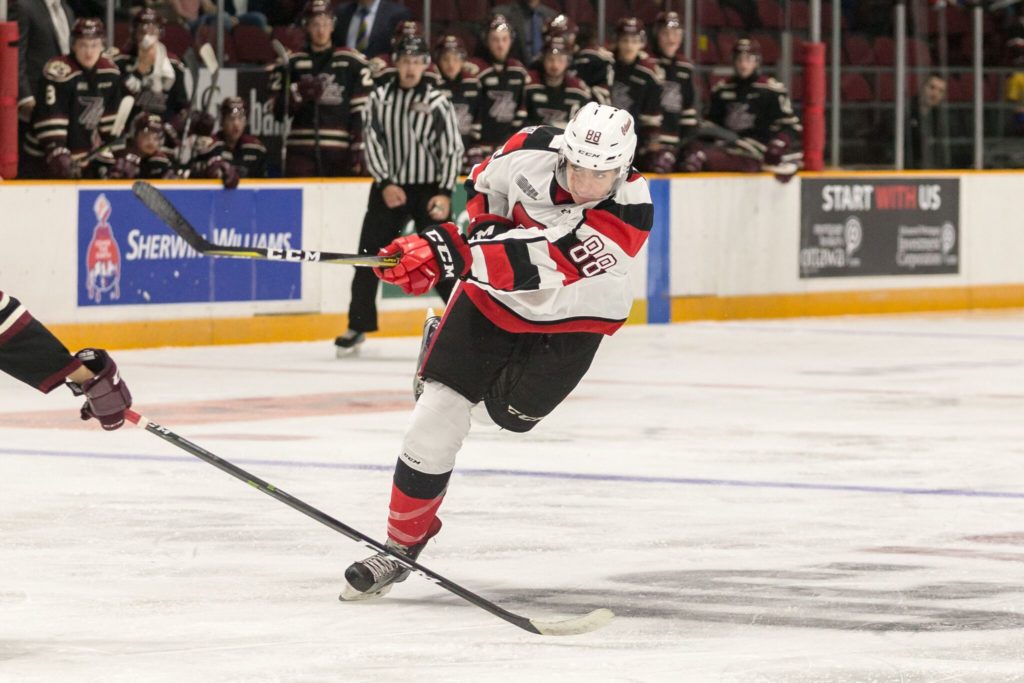 Hockey Canada faces off against the world’s top competition from April 19 to April 29.

The 2018 IIHF U18 World Championship in Chelyabinsk and Magnitogorsk, Russia is a showcase of top hockey talent that’s bursting with prospects for the upcoming 2018 NHL Draft. Team Canada knew that they would be up against stiff competition in this tournament so by adding one of the top defensive NHL prospects to their roster – one of the top hockey countries became even more intimidating.

Ottawa 67’s Kevin Bahl is no stranger to the big stage, he has shutdown top competition before and there’s no doubt he’ll do the same for Canada this time around.

The Mississauga-native is a force to be reckoned with on the blue-line. His ability to shutdown opponents with his big frame and dominant body positioning helped the 67’s this season and will certainly help Canada in this tournament. Although he doesn’t contribute on the stat sheet, he’s highly considered one of the best shutdown specialist in all of junior hockey. His defensive game hasn’t gone unnoticed as he finished 29th in the NHL Central Scouting Final Rankings for the 2018 NHL Draft.

Bahl finished the 2017/2018 OHL season with one goal and 17 assists (18 points) in 58 games. Considered one the of the premier shutdown defenders in the OHL by most, Bahl is a big man (6’6”, 230 lbs) with above average skating skills. Regarded as one of the top defensive defenseman in the upcoming NHL draft, the big 67’s blue liner will certainly help Canada by adding some size and physicality to the backend.