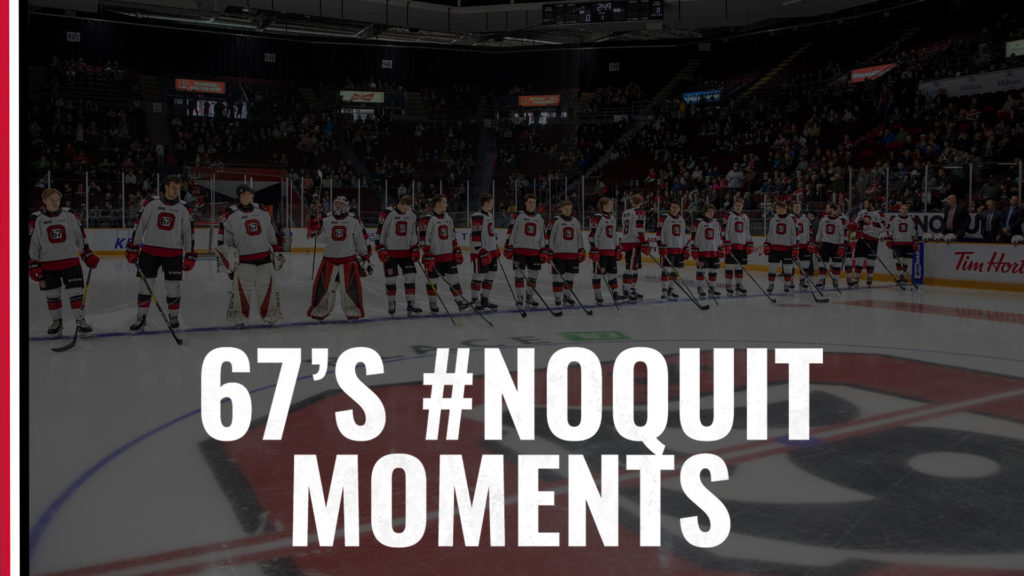 After coming off a record-breaking season in his last season as a Barber Pole, Noel signed a two-year AHL contract with the Toronto Marlies. Noel finished his OHL career with 298 games played, 65 goals, 157 assists for 222 points. 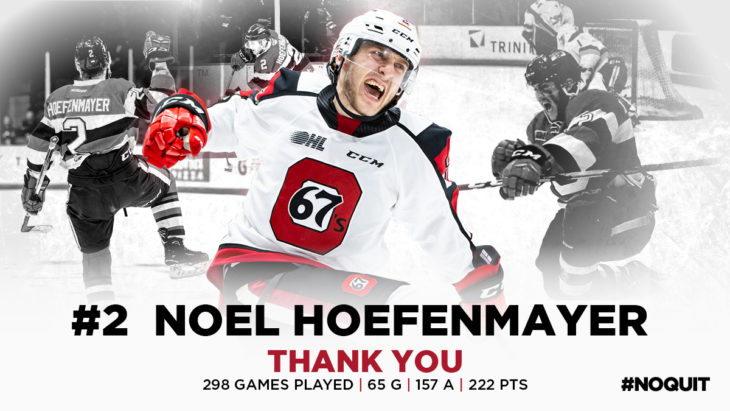 After being out since mid-October after having shoulder surgery, Graeme Clarke made his return against Kingston on February 25th. Having only played in the first 9 games of the season, Graeme Clarke came back from injury and wasted no time getting back on the board, as it took him only three minutes for the sniper to score his first goal since coming back. Clarke finished the game with 1G and 2A in a 7-3 win over the Frontenacs.

Before the pause, Jack Quinn locked in second in the OHL for goals with 52. Quinn reached the 50 goal mark on March 8th, which made him the second player in the OHL to do so this season.  Quinn did not wait long to make it 51, as he would make it 2-0 before the ending of the opening period. Quinn is the 10th #CHL player in 20 yrs to score 50 in his #NHLDraft season following OHL talents Kaliyev, DeBrincat, Skinner, Tavares, Stamkos, Kane, plus Mantha, Crosby, Lupul. With 62 games played, he has 52 goals, 37 assists and 89 points. Quinn has proven he has what it takes to go high in the NHL Draft this summer. 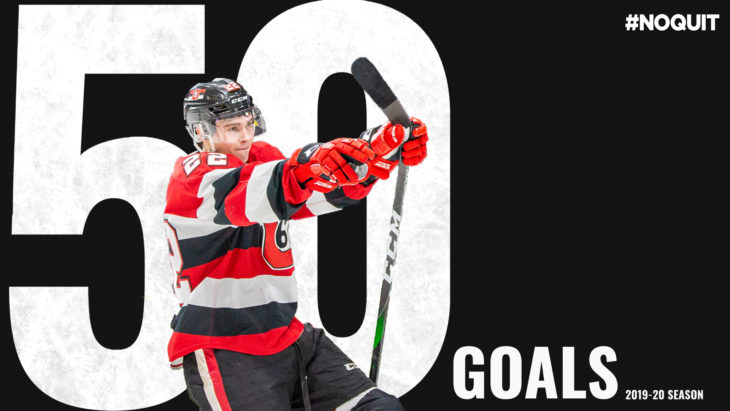 Sharpshooting #NHLDraft prospect @jackquinn_19 of @Ottawa67sHockey has spent his entire life near the nation’s capital and knows how special it would be to stay close to home with @Senators.@KubotaCanadaLtd | @OHLHockey 🎥 pic.twitter.com/Vyo0Gk8avd

Let’s take a look at the #NoQuit Moments in the history of the Ottawa 67’s.

On May 23, 1999, in front of a sell-out crowd at the Ottawa Civic Centre, Matt Zultek scored in overtime to give the Ottawa 67’s a 7-6 victory over the Calgary Hitmen. Zultek’s timely goal gave the 67’s their second Memorial Cup championship in franchise history. Ottawa got multi-goal performances from Mark Bell, Ben Gustavson, and Matt Zultek, while Chris Neilsen scored two goals for Calgary. 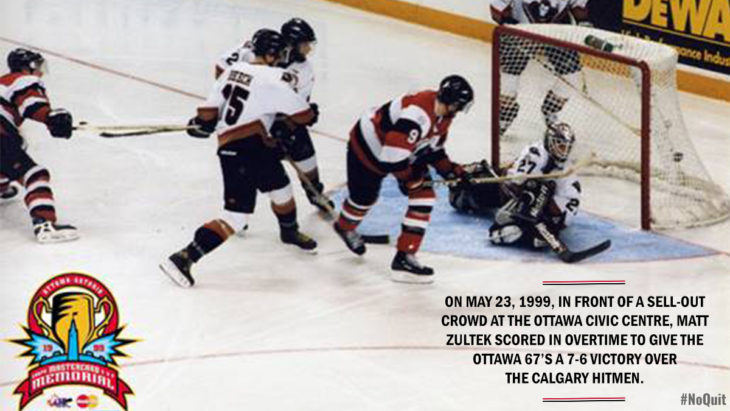 Ontario Nurses answer the call to come out of retirement to provide support to hospitals during the pandemic.

#NoQuit moment of the day!

Thank you to all our health care providers for being on the front lines during this difficult time.🙌🏼❤️ https://t.co/u8onY6AuL8

Bauer is repurposing its resources to make protective visors for medical staff.

“Right now, we’re all on the same team. We’re repurposing our facilities to make face shields so that medical professionals battling COVID-19 can safely continue to help those most vulnerable” (Bauer via Twitter)

Protection that allows athletes to give everything for their team is our heritage.

Right now, we’re all on the same team. We’re repurposing our facilities to make face shields so that medical professionals battling COVID-19 can safely continue to help those most vulnerable. pic.twitter.com/pBiZuUWdVl

Stick taps to @CCMHockey, their NHL and Pro Women players for donating 500,000 surgical masks!#NoQuit Moment of the Day https://t.co/TH5FN77B9N

We are proud to announce that Health Canada has approved Spartan’s rapid, accurate and portable COVID-19 test. Spartan is grateful to the government of Canada for working closely with us to expedite the review and approval process. #COVID19 #HealthCanada #DNAtesting pic.twitter.com/rPFaC4iOji