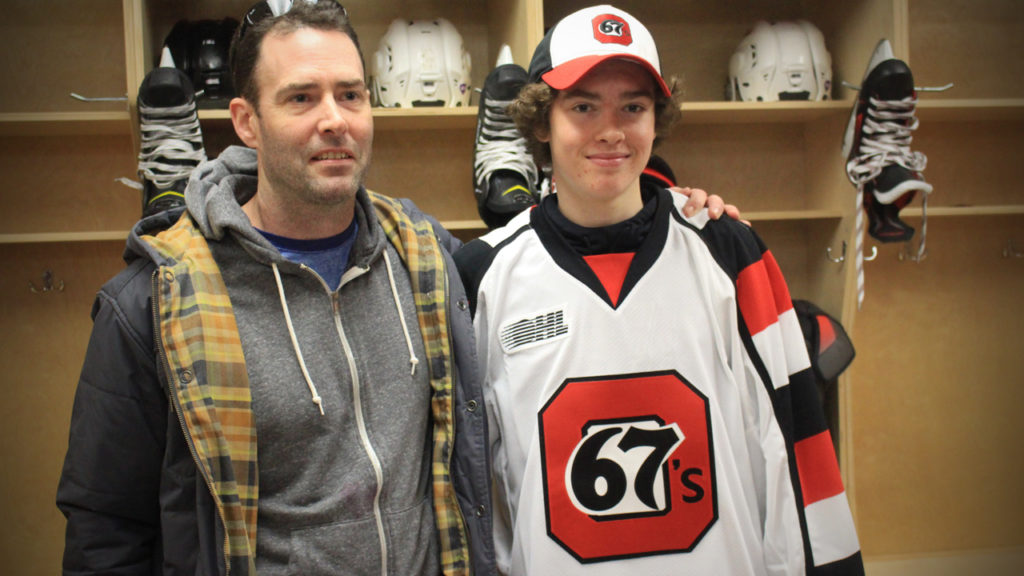 On April 8, Jack Quinn grinned as he posed for pictures, fresh off being selected in the second round by his hometown Ottawa 67’s in the OHL Priority Selection Draft.

Barely a month later, the dream of playing Major Junior hockey in his own backyard became even more real as the 15-year-old made things official with his new club, committing to the 67’s.

That feeling seems to be mutual with Associate Coach Mike Eastwood saying the staff is looking forward to seeing Quinn in the mix starting this weekend when the club holds its annual Development Camp at the University of Ottawa.

“We’re really excited to have him signed,” said Eastwood. “He’s a local kid and the sky’s the limit for him. He’s going to get bigger and stronger and he’s a really smart hockey player.

“We’re looking forward to seeing him this weekend at our main camp. His future with the 67’s is certainly very bright.”

The Ottawa 67’s kick off Development Camp Saturday morning with a scrimmage beginning at 11 a.m. at the University of Ottawa. Both Saturday and Sunday’s scrimmages, 11 am – 1 pm both days, are open to the public.