On March 25, 2008, the CFL Board of Governors awarded a conditional franchise to an Ottawa group that includes 67’s owner Jeff Hunt. The franchise will be condition free when the Hunt group negotiates a stadium deal with the City of Ottawa. You are invited to show your support for the franchise by reserving a seat in the stadium for the team’s first season. Each seat reservation is $25 and special consideration is being given to former season ticket holders of the Ottawa Renegades and/or Ottawa Rough Riders. An FAQ document has been created to answer your questions and provide information on the process that lies ahead.

Q: I heard this is a conditional franchise. What are the conditions?
A: The franchise is conditional upon securing a stadium agreement with the City of Ottawa .

Q: When do you hope to put a team on the field?
A: There’s lots of work to do before that happens but we hope to be on the field for the 2010 season. We have one year to become unconditional, which means we need to secure a stadium agreement with the City of Ottawa within the next 4 to 6 months to fully execute our plans in time.

Q: Who will pay for the renovations needed at Frank Clair Stadium?
A: That is to be determined

Q: Does your conditional franchise hinge on winning the right to redevelop Lansdowne AND own or manage the property and facility?
A: We are entering into discussions with the City with open minds. We want to have a stadium and business model that works for the City and the football team.

Q: What happened to the re-development plan you unveiled last Fall which mapped out a stadium, retail space and condos?
A: That was an initial concept proposed to us by a local architect. Our objective is to work with the City on the development of a business model that works for a world class stadium.

Q: Why should the City give up the rights to ANY part of Lansdowne for a private business venture that happens to include football?
A: It would be premature to characterize it that way. Our vision for Lansdowne includes a world class stadium. How it’s funded and managed is still to be determined.

Q: Is the Farmer’s Market in your plans? It was a very popular event with the people in the Glebe last Summer and into the Fall.
A: That is for the City to decide as part of their present review of Lansdowne Park .

Q: Why do you think you will succeed with football in Ottawa when so many others have failed?
A: Our ownership group has deep roots in the community, a sense of pride in our City, and a proven track record of success in business and sports administration and management. We are Ottawa guys, we know the Ottawa marketit’s a big small town with family valuesand we’ll provide fun and exciting family entertainment. We intend to put a competitive team on the field right out of the gate and we’ll be playing in a new fan friendly stadium where you won’t have to wait in long lines to get refreshments or use the washrooms. The other thing to keep in mind is our tie with the Ottawa 67’s. We already have an experienced, successful front office team in place. We have existing sales and marketing relationships with hundreds of local and national clients, and strong relationships with community groups, schools and amateur sports organizations. Our franchise hits the ground running.

Q: The CFL has been very successful in Montreal since the Al’s moved to Molson Stadium at McGill. Why are they successful in a French speaking market and what will you do to capture the hearts of Francophones in the Outaouais?
A: The Al’s are consistently at or near the top of the CFL standings and, under the leadership of Larry Smith, they’ve reached out and become involved in the community. That’s exactly the model that we will follow in Ottawa and in the Outaouais. We’ll have dedicated representation in the Outaouais and we will certainly reach out to the people of Gatineau and surrounding communities.

Q: Molson Stadium only has a capacity of 20,200 seats and that’s widely regarded as one of the reasons why they pack the park¦it’s more intimate than a massive stadium. How many seats will our new stadium have and, if it’s more than 20,000, why do we need that many?
A: Molson Stadium is actually being expanded by 5,000 seats because demand is so high for the product. We’re also looking to have between 24,000 and 25,000 fans in our stadium.

Q: How do you know you’ll be able to put a competitive team on the field from the start?
A: Being successful on the field starts with the hiring of a strong football operations staff which will result in a successful expansion draft as outlined by the league.

Q: How much is the franchise fee?
A: The franchise fee is $7 Million, which is a testament to the strength of the CFL. Games are high caliber entertainment. Attendance is strong. A lucrative TV deal is in place and teams are adhering to the salary cap.

Q: Why do we have to reserve seats now when we don’t even know for sure that we’ll put a team on the field?
A: Seat reservations are an extremely effective way to demonstrate your support for our city having a CFL franchise. The same practice was followed when we were bidding for the World Junior Championship Tournament, the Memorial Cup and, way back when, for the Senators NHL franchise.

Q: Are you charging $25 per seat or a flat fee of $25 for one person reserving multiple seat numbers?
A: $25 per seat reservation.

Q: Why charge any money?
A: It’s a more compelling statement of support for the franchise.

Q: What if the franchise doesn’t prevail?
A: A full refund of all deposits will be issued should we not field a team.

Q: If the franchise does prevail, how will the deposit funds be allocated?
A: All deposits will be transferred towards the cost of your season ticket package.

Q: What if I place a deposit and then decide I don’t want to buy season tickets?
A: All deposits are non-refundable with a prevailing franchise bid.

Q: How does the PRN system work?
A: PRN is short for Priority Registration Number. The sooner you sign up for one the earlier you get to choose your seats.

Q: What about former Renegades/Rough Riders season ticket holders. Do they need PRN’s?
A: No. To recognize their previous support for the CFL in Ottawa we are providing them with an opportunity to renew rather than reserve season tickets.

Q: As a former Renegades/Rough Riders season ticket holder, how will the re-designed stadium affect my seat location?
A: Seat sections and numbers may vary but all efforts to allocate comparable seats will be made.

Q: How will my seat allocations be affected if I gave up my seats during the second or third season of the Renegades and somebody else took them?
A: All most recent season ticket accounts will be given first right of refusal on seat locations. Previous year’s football season ticket holders will have the opportunity to choose new seats prior to PRN account holders.

Q: What will the cost of season tickets be?
A: No firm price structure in place yet. Our prices will be competitive with other CFL franchises.

Q: When can I pick my seats?
A: Once we have an approved stadium design we’ll be able to allocate seats. That process could take as long as one year.

Q: Will there be a discount to those who purchase season’s tickets for both the football franchise as well as for the Ottawa 67’s?
A: It is our intention to offer a discount in these scenarios, exact details to be released at a future date.

Q: What will the new team name be?
A: We look forward to receiving input from fans on that.

Q: Have you had discussions with Horn Chen about the rights to the Rough Riders name?
A: We have contacted Mr. Chen and we know his price. No doubt the name issue will be a hot topic for fans.

Q: Will Jeff Hunt be the member of the ownership group who manages day-to-day business operations?
A: Yes. His title will be Managing Partner and Governor. 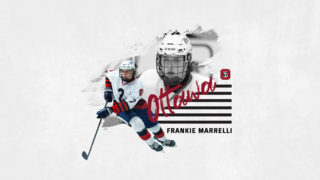