Pinelli propels Canada past Switzerland to improve to 3-0 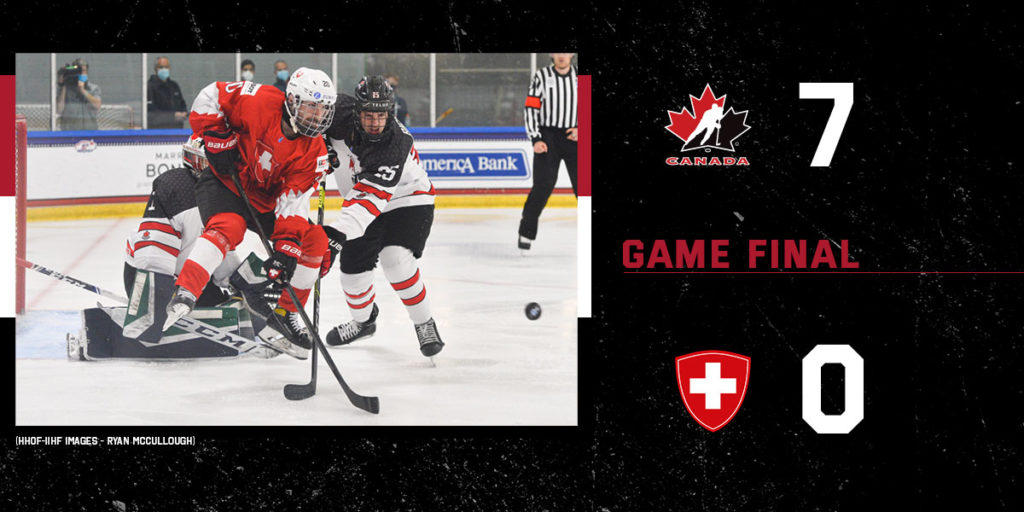 Brandt Clarke (Barrie Colts) fed the puck to Dylan Guenther (Edmonton Oil Kings) on the power play for Canada’s opening goal midway through the first period before exceptional talent Connor Bedard (Regina Pats) brought Canada up by two with his first of the tournament.

Pinelli picked up a bouncing puck 1:48 into the middle frame to widen Canada’s lead to 3-0 with a primary assist from Danny Zhilkin (Guelph Storm) before following up with his second of the night unassisted on the power play.

Brennan Othmann (Flint Firebirds) sniped the puck past the Swiss goaltender with help from Pinelli for a 5-0 advantage. Corson Ceulemans (University of Wisconsin) and Pinelli rounded out a 7-0 final with Canada’s fourth and fifth power play goals of the night.

Thomas Milic (Seattle Thunderbirds) solved a perfect 11 shots between the pipes as the Canadians improved to 3-0-0-0 atop the Group A standings. Pinelli was named Player of the Game.

Canada will wrap up preliminary play Saturday night against Belarus. TSN has the action at 9:00 pm. 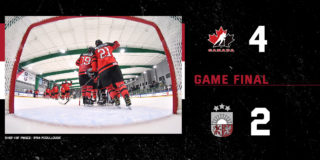 u18 worlds
Gaudreau, McTavish lift Canada over Latvia for second straight U18 Worlds win
1 week ago