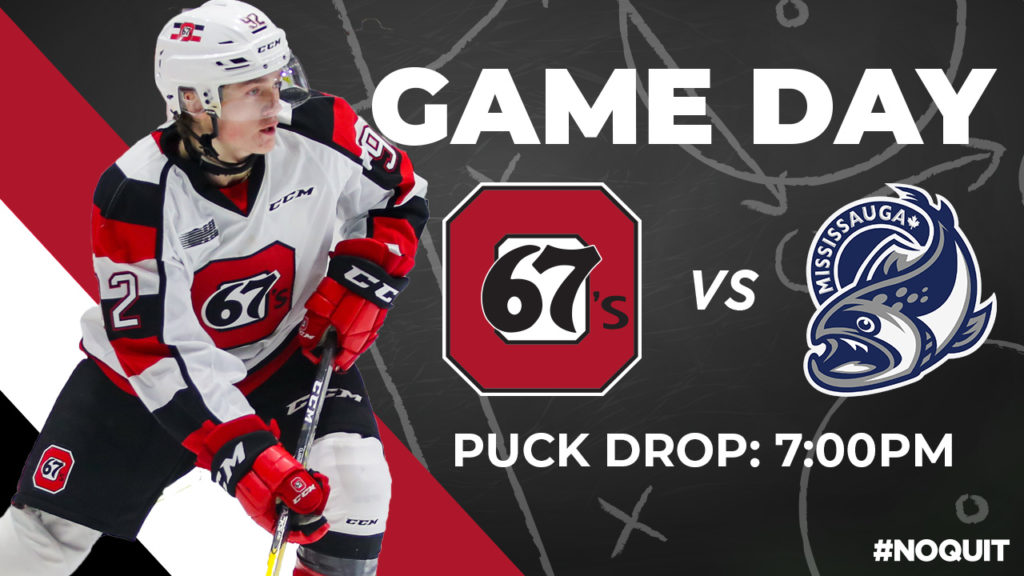 The 67’s will be back at TD Place this Friday night, October 11 at 7pm, looking for a way to bounce back when they host the Mississauga Steelheads for Toonie Beer Night.

After three hard fought battles on the road, Ottawa will have one goal in mind on Friday night; giving their fans a first home win this season. Third in the East Division, Ottawa (4-3) will face Central Division’s fourth place, Mississauga (2-4), for the first time this year.  Despite having lost their last two games, a lot of positive can be taken from this away game for the Barber Poles. In fact, in their 4-3 loss against the Kitchener Rangers, the 67’s heavily outshot the opposition, with 38 shots against 23. Also, Jack Quinn and Mitch Hoelscher’s three point games were the best of their respective OHL careers.

After Friday night’s action, the 67’s will be back at home for some thanksgiving festivities when they host the Kingston Frontenacs, Monday October 14 at 2pm. Currently sitting in the middle of the East Division with eight points in seven games, Andre Tourigny’s squad is only six points behind Oshawa who is in first place and have six points over the Frontenacs, who are ranked fifth.

The Steelheads only played one game on the road this season, which resulted in a 7-3 loss against the Barrie Colts. Mississauga is on a two game winning streak.