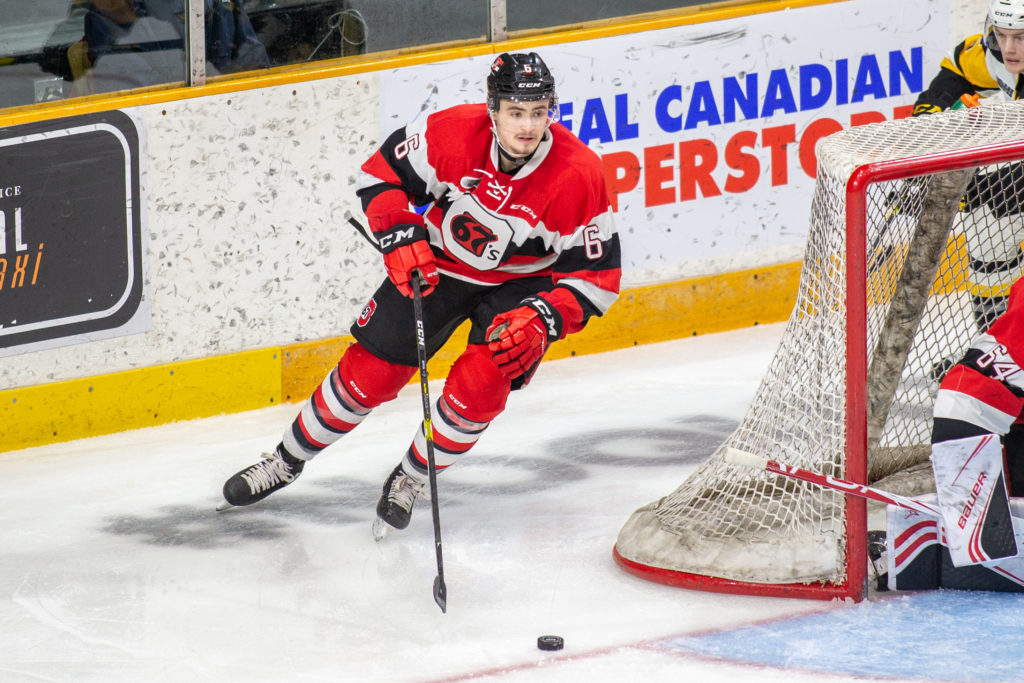 Q: Tell me what your summer has been like…I’m sure you took some time off after the season ended, what did you do during that time off?

A: Right after the season, I hung out with the guys from the team for about a week.  After that I went to Cuba for a week with one of my best buddies; it was a really good time and it gave me the opportunity to wind down.  After that, I had surgery on my knee in early June to repair my meniscus, it’s been a grind to get back out on the ice and I’ve been doing what I can to be ready for the season. It’s something that was tough mentally but at the end of the day it’s all going to make me stronger mentally and make me a better hockey player.

Q: What are some of the things you’ve done over the summer to get away from the game a little bit?

A: The surgery really pushed me away from the game for a few weeks, obviously not being able to train or skate does that to you, but right now I’m kind of itching for it and I just want to get back on the ice.  It’s tough to stop skating kind of cold-turkey, and after that when you haven’t skated in a while you just can’t wait, like me right now, but at the end of the day the surgery made me get away from the game a little bit.

Q: As a guy who is from the region, tell me some of the cool stuff you’ve been doing around town in Ottawa this summer?

A: I like hanging out with my buddies that I don’t get to see in the season, the ones who all play for other teams, in another city or in another league, so that’s been fun. Other than that, I like going on hikes in Gatineau Park, that’s always a good time.  I love going to Lansdowne in the summer with my buddies and have a good meal, go to REDBLACKS games or just hang out.  It’s definitely one of my go-to spots around town.

Q: Talk to me about your first full season as an Ottawa 67, how was that and what do you like most about this organization?

A: I’d definitely say it was a positive year.  I didn’t think from camp that we’d have such a great season, I mean, I knew we were good, but as the year went on, the team gelled so well, we were really just a bunch of brothers in that locker room that went to battle every day and that’s what took us to where we got to.  From the coaching staff to management, Boydy and Jan know exactly what they’re doing and there’s things in place here that you wouldn’t expect an OHL team to have.  It’s a great program ran by great people and to have a successful team, I feel like this is the perfect program to have in place.

Q: After the amazing season that the team had – did not end the way you would’ve wanted it to, obviously, but has that made you even hungrier ahead of next season?

A: Of course, if you don’t get the result you wanted, it’s just going to make you hungrier and it’ll definitely give you more drive to do it next season, especially when you know you have the power to do that.  It was a bad feeling, kind of left sour taste in our mouths, but all of us who were here last year are going to benefit from that experience because we know what it takes to win now, we’ve been through that grind of the playoffs and seen the things that are necessary in order to win.

A: Last year, we were really close.  The group was so tight knit, there was absolutely no separation in the locker room, and we were all a big cluster.  All season, I wanted to be there and to go to the rink every day and it was so fun to be there, I think I can speak for every guy when I say that there wasn’t a day that wasn’t fun.  It wasn’t a job or obligation to be there, we all went to the rink every day with a smile and that’s what made the year really special.

A: It’s exciting to have a lot of the guys come back, but it’s also really good to have some new young guys in and we’re all looking forward to showing them how we do things in Ottawa.  It might be a culture shock to them at first with everything we do, I can speak from experience coming to Ottawa from another team and being surprised at everything else that goes on beyond just getting on the ice and practicing, but it’s amazing for them.  Getting drafted here is the best thing that could happen to these young guys.

Q: Looks like the whole D corps, or almost, will be back this season, which could turn out to be one of if not the best in the OHL, how do you feel about that?

A: I think it’s great.  Even last year, I thought everyone was very good and that we were one of the best defense squads in the league, but now we’ll all be a year older, better, stronger, so it can only help, it’s a huge positive.

A: It’s been a little different for me.  Maybe after the 10 days I took off my surgery, I was right back in the gym doing upper body stuff, my core, and more recently my legs.  Not skating has been hard this summer, but you’re compensating for all the other stuff way more when you’re not skating.

A: I’m more on a diet now than I usually am, since I haven’t been as active as other summers in the past due to my surgery, but I would have to say that my one cheat meal that I get maybe once every two weeks is at Shawarma Palace, that’s 100% my go-to spot on cheat days.