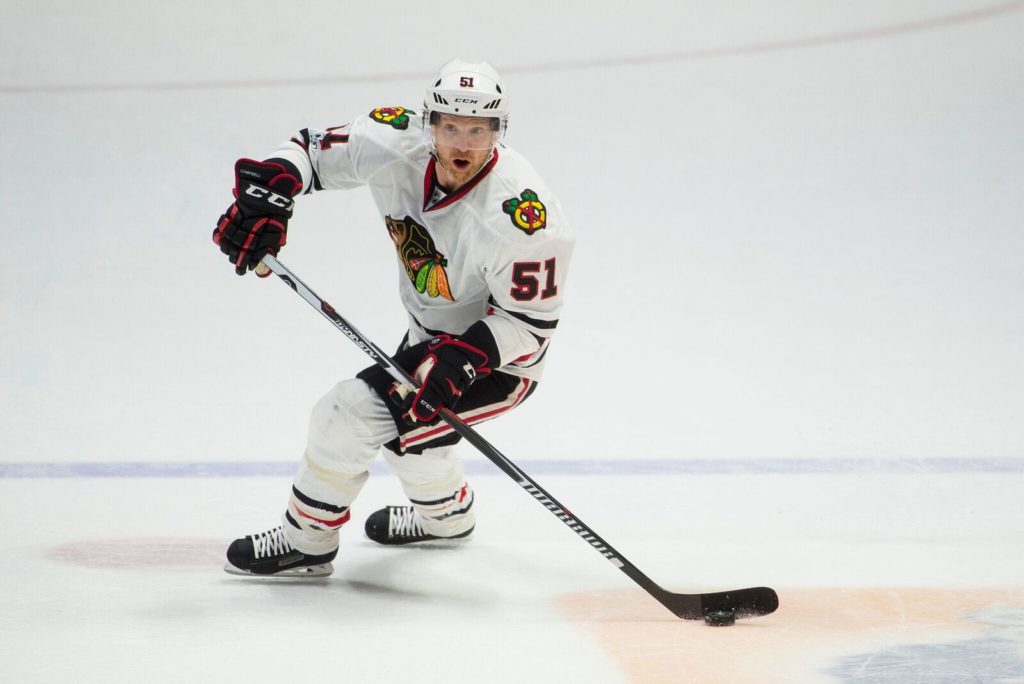 The Ottawa 67’s are set to retire Brian Campbell’s No. 44 jersey Friday night. Brian spent four seasons with the Ottawa 67’s and left an indelible mark on the team. Campbell has been one of the all-time greatest players for the 67’s and has gone on to achieve a lot of milestones during his playing career. From winning the Memorial Cup to lifting the Stanley Cup, Soupy (as he was affectionately called by his teammates) is a legend for the 67’s. We look at top 10 moments from his impressive professional career.

Campbell’s fourth and final season with the 67’s was a standout season. He led all defencemen in scoring with 87 points during the 1998-99 season and was instrumental in helping the 67’s win the Memorial Cup. He picked up multiple awards this season –  Max Kaminsky Trophy (Top Defenseman) the Red Tilson Trophy (League MVP), the William Hanley Trophy (Most Sportsmanlike Player) and the George Parsons Trophy (Memorial Cup Tournament’s Most Sportsmanlike Player). He was also a first Team All-Star.

After his impressive season with the 67’s, Campbell saw himself donning Canada’s colours at the 1999 IIHF World Juniors. Hosts Canada narrowly missed out on the gold medal after a 3-2 overtime loss to Russia in the final. Canada had to settle for a silver but Campbell was named to the All-Star team for the tournament.

Campbell was selected by the Buffalo Sabres in the sixth round (No. 156) of the 1997 NHL Draft. After playing for the 67’s for two seasons, Campbell made his NHL debut on October 2, 1999 for the Sabres against the Detroit Red Wings. In only his second NHL game, he scored his first goal and provided an assist against the Washington Capitals.

Campbell’s first full season in the NHL came in the 2002-03 season. It was in 2005-06 that he led the Buffalo defencemen with 44 points (12 goals, 22 assists). This season Campbell made his Stanley Cup Playoff debut where he played 18 games before the Sabres narrowly lost the Eastern Conference final to the Carolina Hurricanes.

The first of his eight-year contract at the Chicago Blackhawks was a good one for Campbell. He racked up 52 points in 82 games (7 goals, 45 assists). The team went to the Stanley Cup Playoffs, where Campbell played all 17 games, but the Hawks were defeated in the Western Conference Finals by the Detroit Red Wings.

This season saw Campbell suffer a broken rib and a clavicle – thanks to Alexander Ovechkin’s illegal hit but he was able to return during Game 4 of the Conference quarterfinals. Boosted by his return, the Blackhawks won the next three games to oust the Nashville Predators. The Blackhawks then defeated the Vancouver Canucks (Conference Semifinals), San Jose Sharks (Conference Finals) to set up a Finals clash with Philadelphia Flyers. It was Campbell’s assist that saw Patrick Kane score the overtime goal in Game 6 and win the Stanley Cup for Chicago for the first time in 49 years.

On April 5, 2016, Campbell played his 1,000th NHL game. He played this game as an alternate captain for the Panthers against the Montreal Canadiens.

Campbell and longevity went hand in hand. He played nine times in the Stanley Cup Playoffs (107 games). He also played an incredible 423 consecutive games, spanning five years, with the first one being played on March 23, 2011 and the last one on December 29, 2016.

During his final season as an NHL player, Campbell racked up another milestone. On January 22, 2017, playing for the Blackhawks against the Canucks, Campbell set up Richard Panik for a first-period goal to collect his 500th career point.

Campbell announced his retirement in July 2016, having spent an incredible 17 seasons in the NHL, accumulating 504 points from his 1082 NHL games. He was a 4-time NHL All-Star. A true legend indeed. And as a matter of pride, it all began with the 67’s.

Make sure you’re in attendance this Friday when Campbell has his jersey raised to the rafters. For one game only you can purchase the Ticket and T-Shirt Deal for only $30.00 which includes a ticket to the game and a Brian Campbell No. 44 jersey shirt. Regular tickets are also available.