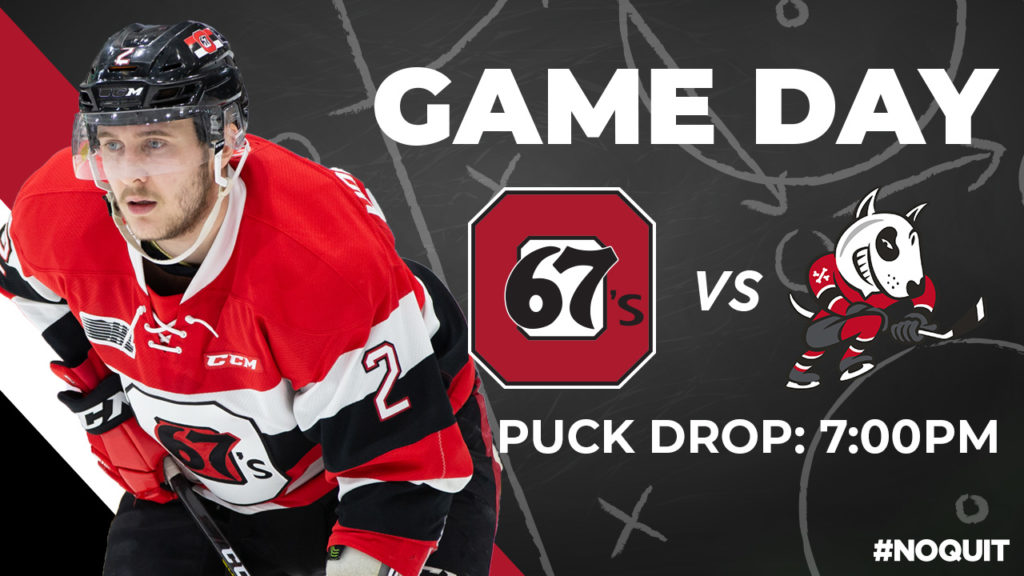 Currently on a three game winning streak, the Ottawa 67’s are feeling pretty good about themselves heading into a road trip that will feature three games in three nights, in Niagara, Erie and Hamilton, respectively.  The Barber Poles had a successful home stand last week, going perfect with three wins and outscoring their opponents by a total of 16-9.  Overage players Austen Keating and Noel Hoefenmayer have been red hot to start the season, with 21 points in 13 games each.  Hoefenmayer leads the OHL in points for a defenseman.  Austrian forward and 2020 NHL Draft eligible Marco Rossi has also been outstanding thus far with 19 points in 8 games.  Other standouts have been Mitch Hoelscher (8G, 9A) and Jack Quinn (7G, 7A).  Joseph Gareffa has only played three games for the Barber Poles, but has already made an amazing impact with 7 points in only 3 games (3G, 4A).

After going toe to toe last year during the regular season against Ottawa for the honours of top team in the Eastern Conference.  In this start to the season, things are a little bit different.  Having only five wins on the year so far, Niagara may not be the powerhouse they were last season, but they do have some very dynamic players that give them a chance to win day in and day out.  Among their ranks, Niagara can count on Nashville Predators first round draft pick Philip Tomasino, who’s got 25 points in 15 games, as well as LA Kings second round pick Akil Thomas, who has 20 points in 12 games so far.  Add to that list second year import player Kyen Sopa, who’s put up 20 in 15 this season, and those three guys can be considered the motor of Niagara’s offense and team.  Currently on a two game losing streak, having won only three of their last ten games, the Barber Poles can expect a hungry IceDogs team waiting for them on Friday night.