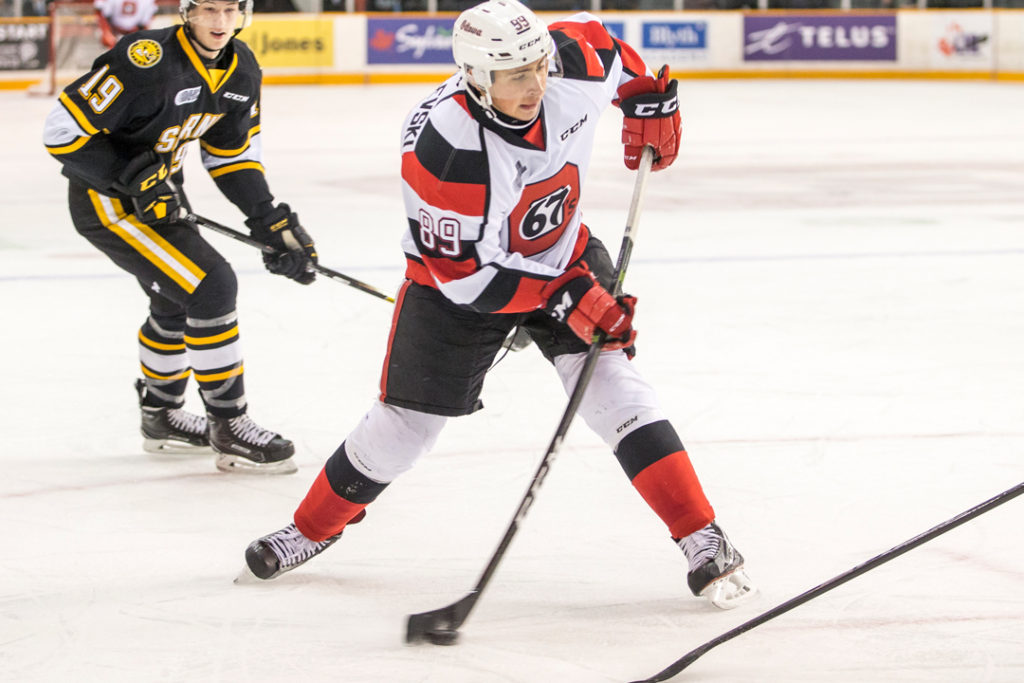 Sasha Chmelevski arrived to the Ottawa 67’s with some big shoes to fill, after being part of a package was sent to the barberpoles in exchange for former captain Travis Konecny.

With his near-point per game pace in two seasons as a 67, the playmaking centre has done a formidable job building his own brand as an important piece in the middle of the ice for the 67’s.

He notched 43 points in 58 games in 2016-17, allowing his balanced attack to rank him the highest amongst available 67’s – 43rd in the North American skater ranking by NHL Central Scouting.

Before being drafted by the Sarnia Sting, Chmelevski was honed by the Honeybaked AAA program based out of Detroit. He was a member of the American national U17 and U18 junior teams, and the Huntington Beach, California native is a candidate to join the Americans at other international tournaments.

67’s Edged by Generals in Overtime
1 day ago