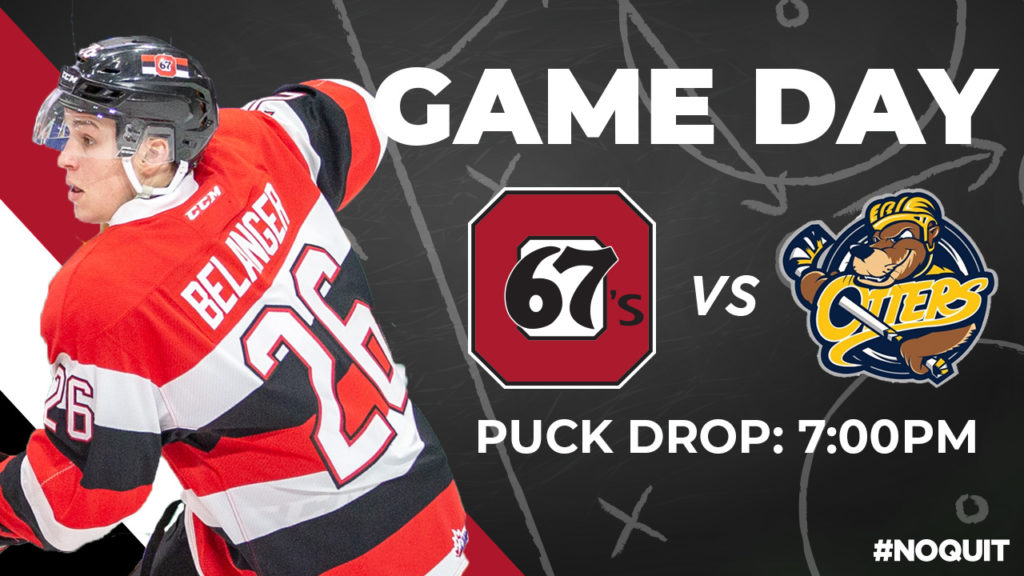 Currently on a three game winning streak, the Ottawa 67’s are feeling pretty good about themselves heading into a road trip that will feature three games in three nights, in Niagara, Erie and Hamilton, respectively.  The Barber Poles had a successful home stand last week, going perfect with three wins and outscoring their opponents by a total of 16-9.  Overage players Austen Keating and Noel Hoefenmayer have been red hot to start the season, with 21 points in 13 games each.  Hoefenmayer leads the OHL in points for a defenseman.  Austrian forward and 2020 NHL Draft eligible Marco Rossi has also been outstanding thus far with 19 points in 8 games.  Other standouts have been Mitch Hoelscher (8G, 9A) and Jack Quinn (7G, 7A).  Joseph Gareffa has only played three games for the Barber Poles, but has already made an amazing impact with 7 points in only 3 games (3G, 4A).

Currently sixth in the West, Erie has shown tons of improvement so far in this start to the season.  Offensively, the team is relying on forward Maxim Golod to lead them offensively.  Golod’s put up 21 points so far this season in only 14 games, but another player to watch is certainly defenseman Jamie Drysdale, who is a 2020 draft eligible who is projected to go in the top ten.  17-year old Drysdale has been having a stellar start to the season with 19 points in 14 games.  Finally, another player to watch for the Otters is 2019 third overall pick in the OHL Connor Lockhart, who is also a native of Kanata.  Lockhart has posted 6 points in 14 games in this start to the season for Erie.