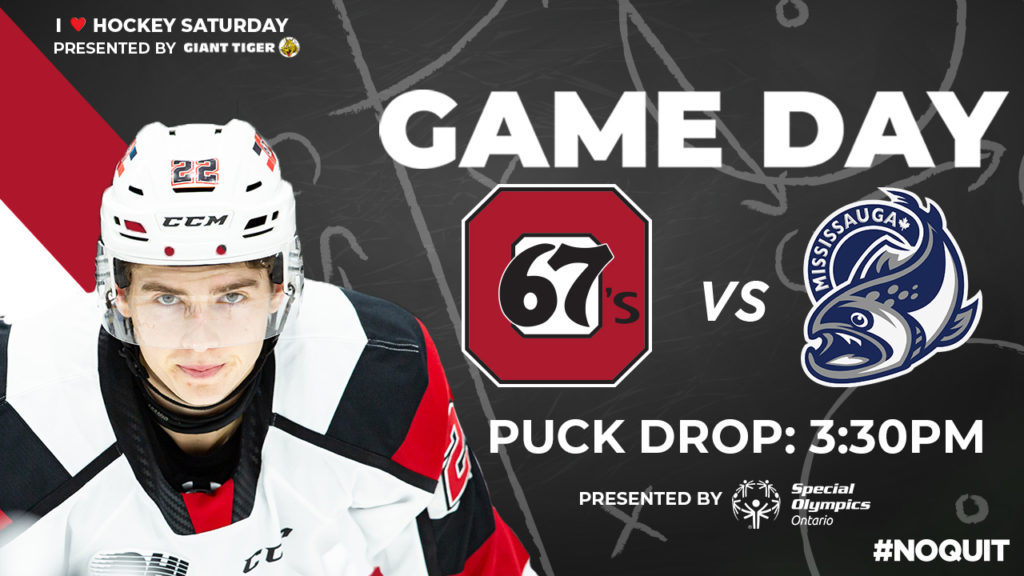 After a win against Sudbury on Thursday and successful road trip this past week that saw the 67’s win two out of their three games on the road in a span of four days, the Barber Poles are now back where they had people used to seeing them last season; top of the OHL standings. With 32 points in the standings and a record of 16-6-0-0, Ottawa will look to strengthen their lead this weekend.

On Saturday, when the 67’s host the Steelheads, all of Canada will be able to watch this game, as it will be nationally aired on Sportsnet starting at 3:30 PM.

With eight wins in their last ten games, it’s no surprise that Ottawa find themselves on top of the mountain right now in the OHL.  After somewhat of a slow start compared to what some of the expectations were, it seems that the Barber Poles have really picked up the pace now and, despite some major injuries to key pieces, find themselves right where they want to be.  The first team to have reached 15 wins in the OHL thus far this season, the 67’s are offensively lead by their dynamo of a first line composed by overagers Austen Keating and Joseph Garreffa and 2020 NHL Draft prospect Marco Rossi.  This line has been incredible for Ottawa since Garreffa was acquired in late October, and it has certainly been the OHL’s best line ever since.  Cedrick Andree has also been more than solid in front of the cage, as he is among the leaders in all major categories for goalie stats; he is second in GAA with 2.57, second in save percentage with a % of .914 and is second in wins with 11, on top of posting a shutout this season.

A team that may not have had the greatest of starts are the Mississauga Steelheads, who are currently eighth in the Eastern Conference with only seven wins thus far this year.  The 67’s and the Steelheads met earlier this season back in early October, a game the Barber Poles ended up taking by a score of 6-1 in Ottawa.  This time around, the nation will be watching as this will be a nationally aired broadcast on Sportsnet.  The Steelheads’ offense comes by committee, as they count on eight players with ten points or more, but one name has jumped out of the bunch in Mississauga, and that is Thomas Harley.  The 18 year old defenseman, who was picked 18th overall by the Dallas Stars back in June, has piled up 21 points in 18 games so far this season.  Harley is a Team Canada hopeful for the upcoming World Junior Hockey Championships.