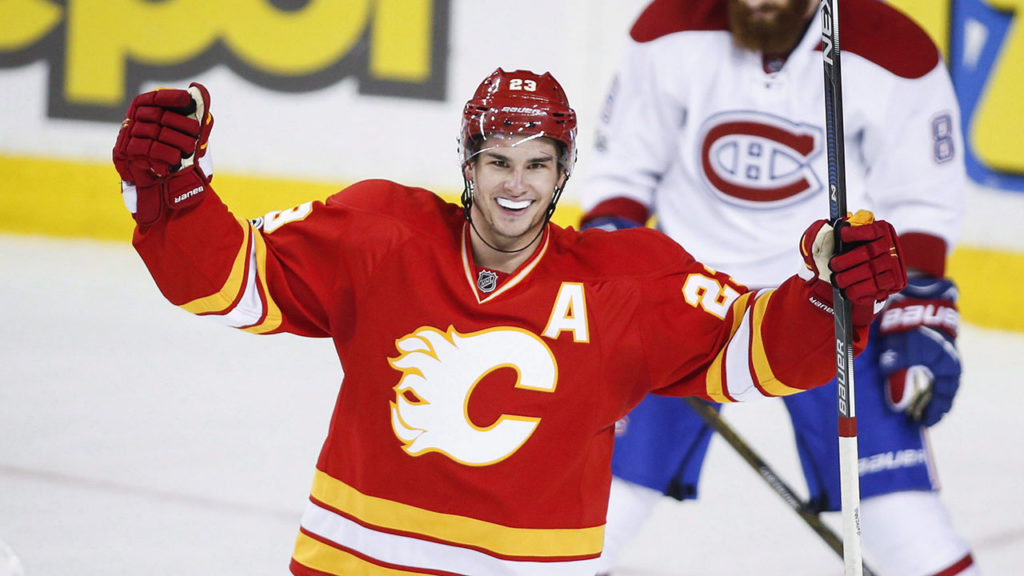 Hockey is in the air. One quick tune-in of your local sportsradio station or sports update during a TV newscast will tell you that hockey is on its way back. On that note, we always like to catch-up and check-in with our alumni: the crop of former 67’s that are making an impact or on the cusp of making an impact in the NHL.

A total of seven 67’s alumni are currently taking part in NHL Training Camps, as teams are gearing up for their return to play.  Some of the most recognizable names in recent 67’s history are among this list: Sean Monahan, Travis Konecny, Tyler Toffoli and others.  With hockey just about to make its return, here is a quick update of what’s been going on with these seven players this past season and a quick preview of what series to look out for during this play-in round, for those who want their fix of ex-67’s star players. 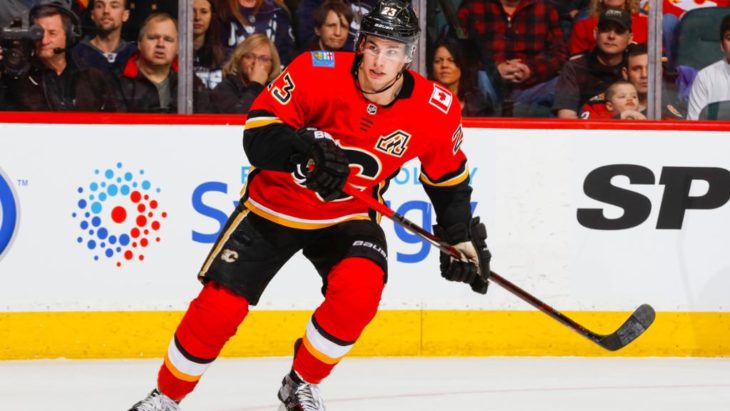 Monahan was having a good season with the Calgary Flames when the schedule was cut short, as he had put up 22 goals and 26 assists for 48 points in 70 games this year.  Playing alongside Johnny Gaudreau and Elias Lindholm, the three form one of the best lines in hockey and helped the Flames this year to a record of 36-27-7, which was good enough for third in the Pacific Division.  Monahan and the Flames will be facing another Canadian squad in the Winnipeg Jets during the first round of the play-in rounds, making it a fourth playoff appearance for Monahan since entering the NHL in 2013-2014.  The Flames will be looking to redeem themselves from an early first-round exit in five games last season to the hands of the Colorado Avalanche.  Monahan famously played three seasons with the 67’s, putting up an amazing total of 203 points in 185 OHL games with Ottawa. 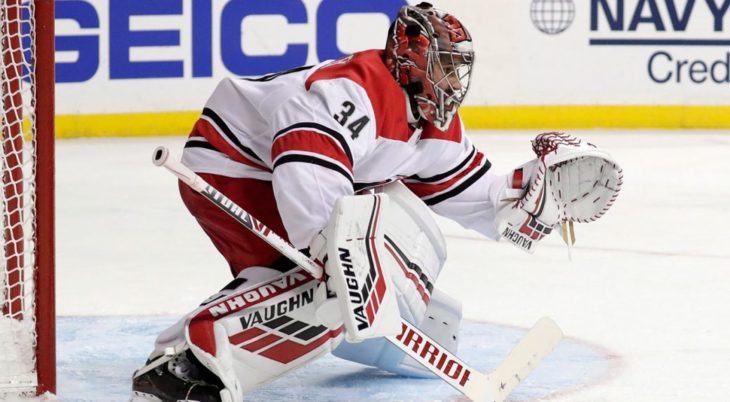 In his seventh full-time season in the NHL, Petr Mrazek appeared in a total of 40 games with the Carolina Hurricanes, putting up a solid record of 21-16-2, alongside a GAA of 2.69 and a save percentage of .905%.  Leading all of his teams’ goaltenders in games played this year with 40, it would be safe to assume that the ex-67’s netminder will be the starter for the ‘Canes in the playoffs, especially after Mrazek helped them reach the Eastern Conference Finals against the Boston Bruins a year ago.  In the opening play-in round, Carolina will be facing one of the biggest dark horses of this postseason, the New York Rangers, in what should be a very entertaining best 3-of-5 series. 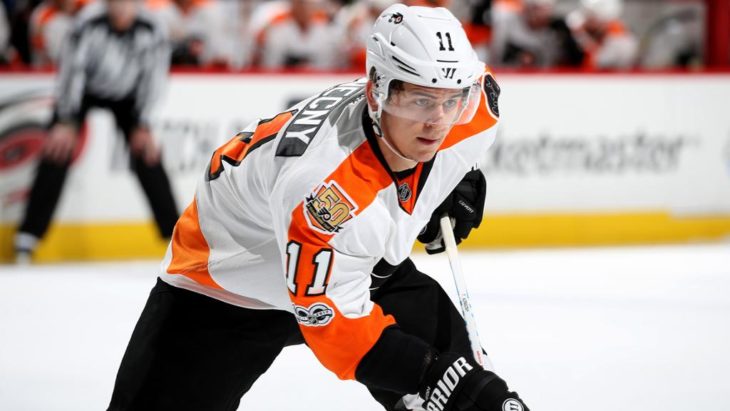 Before the NHL season was officially canceled, Travis Konecny had already beat out his career best for points total in a season, with 61 points in 66 games played, besting his previous highest points total (49) in a season by twelve.  A 67 for two and a half season, in which he totaled 183 points in 152 games with Ottawa.  Picked 24th overall in the first round of the 2015 NHL Draft, Konecny has grown into a household name for the Flyers, who were just as hot as Travis before the season was put to an end.  With a record of 41-21-7, the Flyers were second in their division behind the Washington Capitals and will be facing a very tough test in the first play-in round, as they face one of the top teams in the NHL and last year’s Stanley Cup runner-ups, the Boston Bruins. 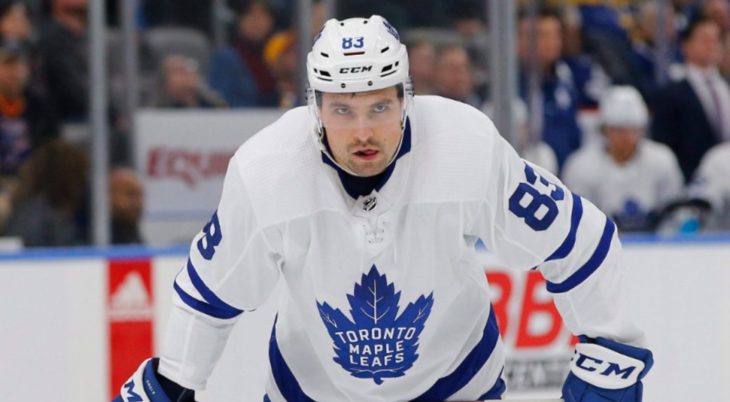 After having played in four seasons with the Ottawa 67’s during his junior days (in which he totaled for 146 points in 238 games) and a full six seasons with the NHL’s Ottawa Senators, Cody Ceci is a well-known name in the Ottawa region.  As if it wasn’t enough, Ceci is an Ottawa native.  In his first pro-season away from Ottawa, but not so far away from home, with the Toronto Maple Leafs, Ceci appeared in 56 games with the Leafs, putting up eight points during the year.  It still remains to be seen what kind of role Ceci will have with the Leafs this postseason, but one thing is for certain, he plays for one of the most exciting teams to watch in the National Hockey League and will be part of a very exciting first round play-in against the Columbus Blue-Jackets, who are no strangers to defeating highly favorited rivals, as they took out the powerful Tamba Bay Lightning last season in only four games. 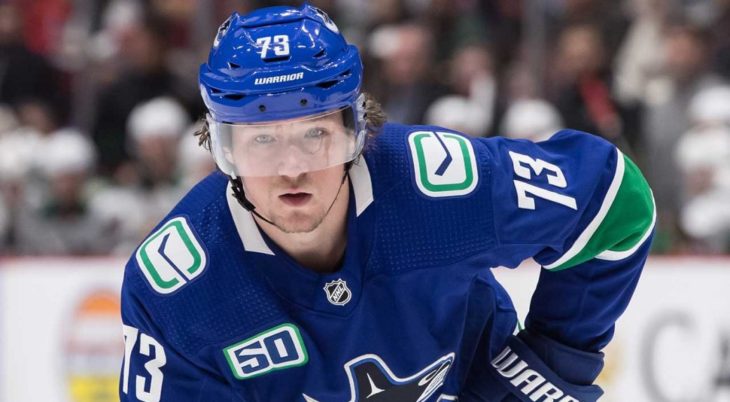 Ex-67’s star Tyler Toffoli caught a new wind this year when he was traded from a non-playoff team in the Los Angeles Kings, to a good playoff contender in the Vancouver Canucks, who ended the year with a record of 36-27-6.  Before being traded, Toffoli put up 18 goals and 16 assists for 34 points in 58 games with LA. He then picked up the pace with his new team when he was acquired by the Canucks around the trade deadline, with 6 goals and 4 assists for 10 points in 10 games.  A Stanley Cup winner in 2014 with the Kings, Toffoli not only brings more offensive fire power to an already talented Canucks team, but also some of that playoff veteran experience.  During his time with Ottawa in the OHL, Toffoli put up great numbers with 333 points in 252 games.  The Canucks will be facing off against the Minnesota Wild in the first play-in round of the NHL Playoffs. 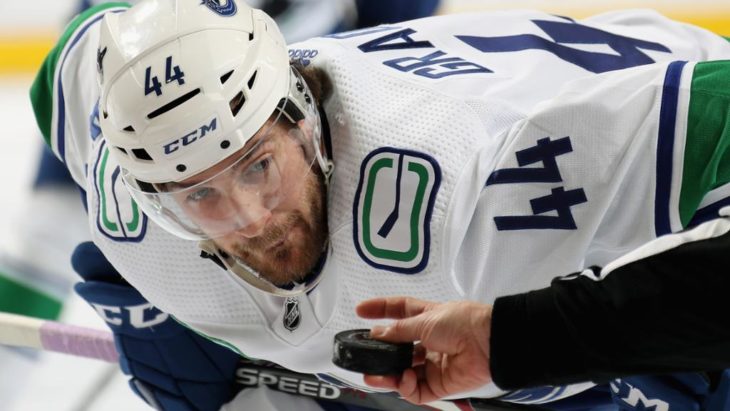 Wether he will play for the Canucks once the playoffs start does remain to be seen, but Graovac was invited to Vancouver’s pre-playoff training camp, along with other ex-67’s forward Tyler Toffoli, with whom he was teammates with for three years in Ottawa.  During his time with the 67’s, Graovac played in almost four full season in Ottawa, playing a total of 198 games and collecting 92 points.  Graovac split time between the AHL and the NHL this past season, but did manage to score two goals in eight games played with the Canucks this past season 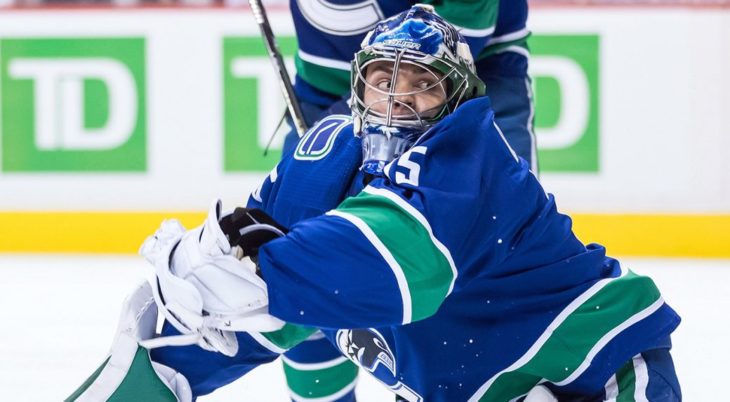 Another ex-67’s player to find himself at the Vancouver Canucks playoffs training camp is goalie Mikey DiPietro, whose name is still very fresh in Ottawa hockey fan’s memories.  DiPietro was acquired by the 67’s two seasons ago to bolster the club ahead of a deep playoff run and only spent a few months with Ottawa, earning himself a record of 12-4-0 in the regular season with a GAA of 2.51.  He then went on to go 13-0-0 in the playoffs, with a GAA of 2.35 and a save percentage of .914%, before he fell to an injury in the OHL Finals.  DiPietro had a very solid first year of pro hockey with the Utica Comets, Vancouver’s AHL affiliate.  He ended the season with a record of 21-11-2 and his first pro shutout.  Like Graovac, it remains to be seen if he does see action during these upcoming playoffs, but DiPietro adds himself to the list of ex-67’s participating in NHL back to playing training camps ahead of these very particular NHL Playoffs