Sunday Match Up vs The Petes 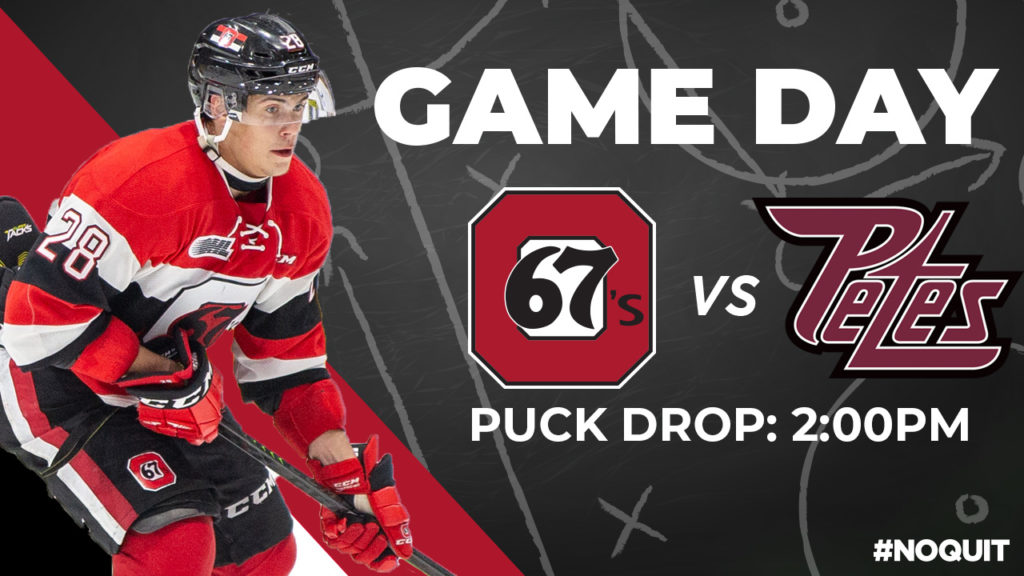 After Friday’s loss against Oshawa the 67’s will be looking to end the weekend with a win.  The chemistry has now settled and the team is playing some great hockey at the moment, after scoring a total of 16 goals in only their last three games.  Players like Marco Rossi, Austen Keating, Joseph Garreffa and Noel Hoefenmayer have been absolute money in this start to the season and seem to progress more and more as the games go by.  With a solid 7-4 win in their last game against the Hamilton Bulldogs, the Barber Poles are now heading into a big weekend that will seem them play against the two top teams in the Eastern Conference, making these two games very important even though we are still early in the OHL calendar.

The Generals have piled up the most points in the OHL standings with 25 since the start of the season, but are followed closely by the Petes and the 67’s with 24 each.  This weekend could see another team take the reins in the standings for the first time this season since Oshawa started the year with nine consecutive wins.  Oshawa has now cooled down, having won six of their last ten, but still remain one of the top teams in the league and atop of the standings.  Depending on the results of these two 67’s games this weekend, we could very well see another team standing at number one in the OHL standings on Monday.

A team that’s been able to defeat the 67’s twice so far this season, the Petes have amassed as much points in the standings as Ottawa has, with 24 each.  Both teams having won the same amount of games thus far, it seems that the Petes may have a bit of an edge coming into this one, but the Barber Poles have not lost a game since their October 18 game against the Petes at home.  Leading the charge for Peterborough is the pair of Toronto Maple Leafs prospects: Semyon Der-Arguchintsev and Nick Robertson.  Robertson (19G, 9A, 28 PTS) and Der-Arguchintsev (3G, 22A, 25 PTS) have combined for 53 points in 32 combined games this season and have shown no signs of slowing down.  Ottawa native Mason McTavish has also been a standout, leading all rookies with 10 goals this year.  In goal, the Petes count on one of the top netminders in the OHL in Hunter Jones, who was stellar the last time Peterborough came to Ottawa, saving 32 out of 33 shots directed at his net.