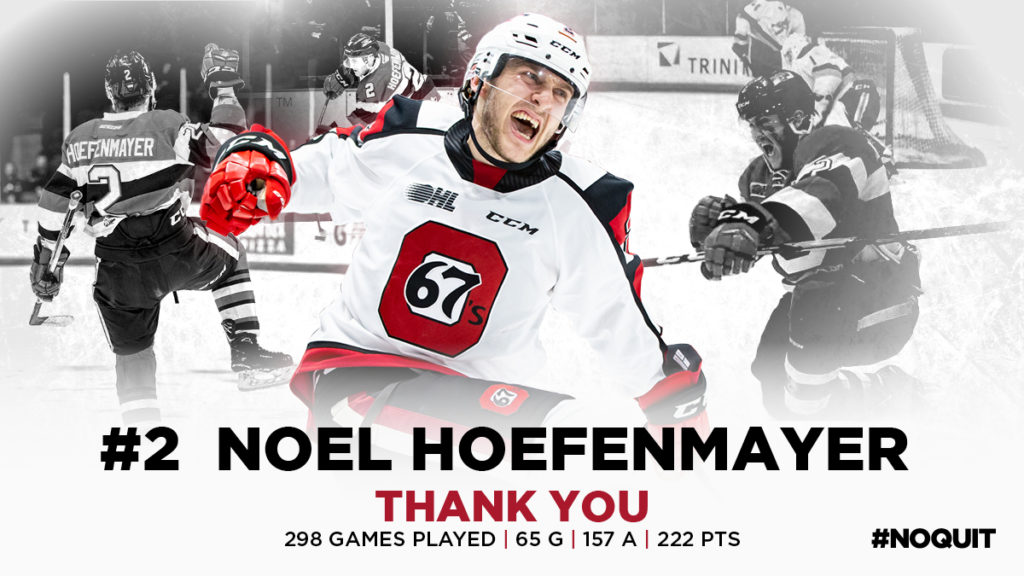 A lifelong Ottawa 67 – Noel Hoefenmayer was drafted in the 2nd round (36th overall) of the 2015 OHL Priority Selection Draft by Ottawa, and never looked back.  Fast forward five seasons, Hoefenmayer now ends an amazing junior hockey career with a total of 298 games played, 65 goals, 157 assists for 222 points, which is good enough for sixth all-time in scoring for defencemen in 67’s history, on top of third in all time for games played in a 67’s uniform.

Coming in as a young defenceman, Hoefenmayer scored his first OHL goal on September 24th, 2015 in Peterborough, in what was his first OHL game.  The one known as Hoef around the rink inside TD Place not only left a mark on 67’s history with his play on the ice, but also left all 67’s fans who ever got the chance to meet him with great memories.  A leader in the locker room and in the community, Hoefenmayer always represented the 67’s organization with great class and set the standard for his teammates with a tireless work effort day in and day out.

Thank you for everything, Noel!