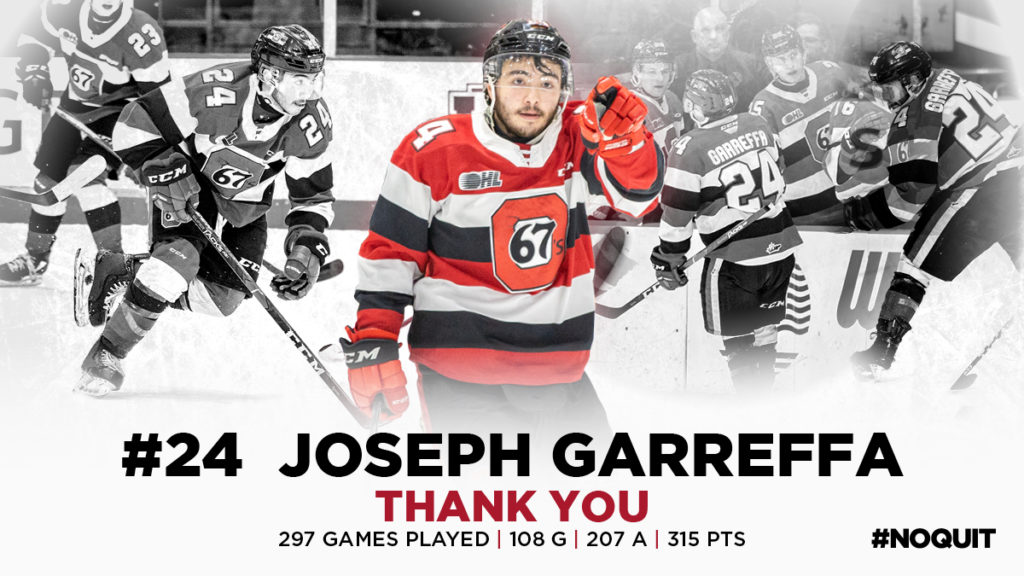 Joseph Garreffa was drafted in the third round, 44th overall by the Kitchener Rangers in the 2015 OHL Priority Selection Draft.  In his rookie season with the Rangers, he managed to tally 3 goals and 10 assists for 13 points in 41 games.  During his time in Kitchener, the 5-foot-7 Garreffa was a jack of all trades, playing both the defence and forward positions, but was mainly a standout at forward, where he played most of his time as a Ranger.  Garreffa showed a lot of skill during his four year tenure with his first team, appearing in a total of 245 games with the Rangers, collecting 72 goals and 153 assists for 225 points.

In October of 2019, after competing for a spot at the Ontario Reign’s camp in the American Hockey League, Garreffa was traded to the Ottawa 67’s in order to finish his junior career with the Barber Poles.  Playing on a line with Marco Rossi and Austen Keating for most of the year, he had a stellar season, with 36 goals and 54 assists for 90 points in only 52 games.  Garreffa rounds out his junior career with a total of 297 games played, 108 goals, 207 assists and a total of 315 points.