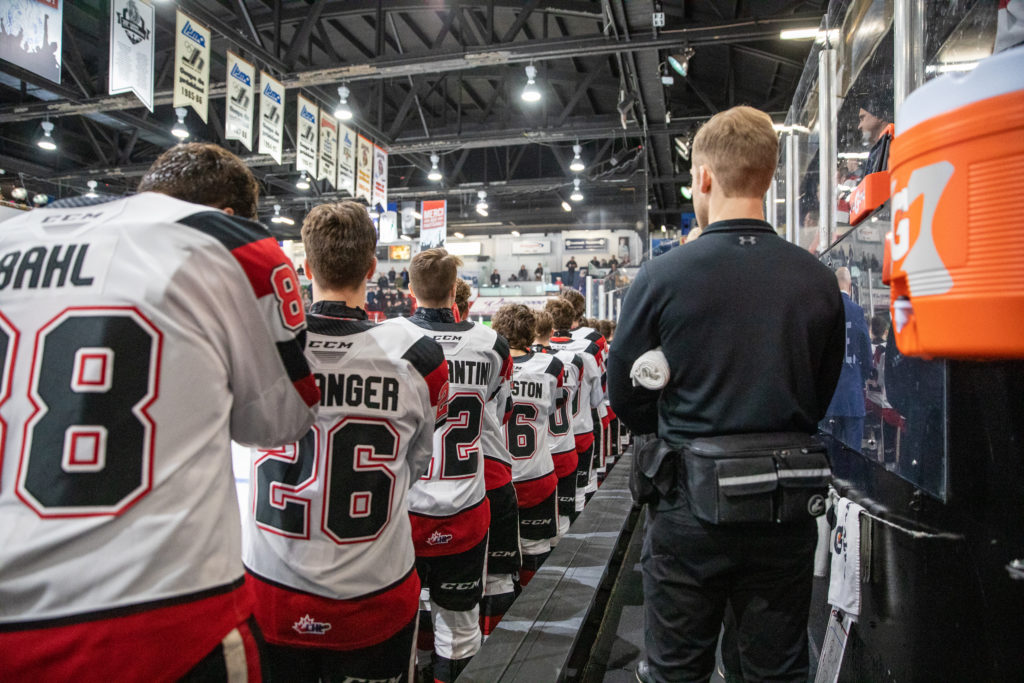 It is with mixed emotions that the Ottawa 67’s see their five-year tenured Head Athletic Therapist, Dan Marynowski, move on from the club to pursue other professional opportunities.

Dan Marynowski had been working with the 67’s as Head Athletic Therapist since 2015. He is a certified athletic therapist, registered Kinesiologist and a certified strength and conditioning specialist.

His career at OSEG started as an intern with the Ottawa REDBLACKS during their inaugural season in 2014. His stint with the OSEG football team translated into a position with the 67’s and he was with the team ever since.

Dan had a very positive impact on many of present and past 67’s players and members of the organization with his tireless work ethic, his contagious positive attitude and his larger than life generosity.  He will be dearly missed by everyone who had the chance to work with him during his time with the 67’s.

Thank you for everything you’ve done for the team and especially the players, “Dano”.  The Ottawa 67’s organization wish you nothing but the best in all of your future projects!