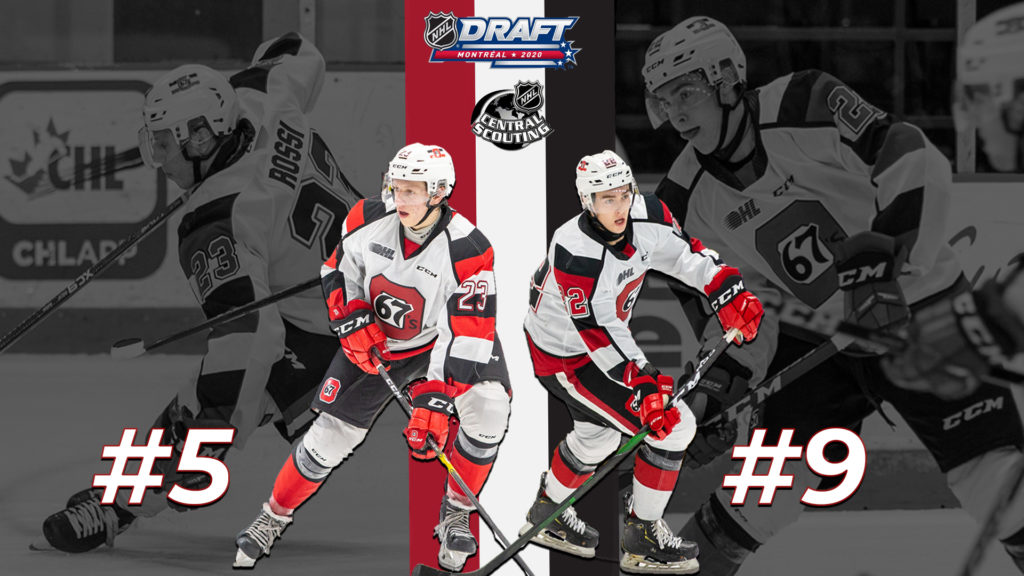 The Ontario Hockey League announced on Monday that three Ottawa 67’s players have been included on the NHL Central Scouting’s Midterm Rankings for the 2020 NHL Draft that takes place in June. Marco Rossi has been ranked 5th and Jack Quinn 9th as the North America’s top-ranked skaters. 67’s goaltender Will Cranley has been ranked 16th on the North America’s top-ranked goaltenders.

You can catch Rossi and Quinn on Thursday at the 2020 Kubota CHL/NHL Top Prospects Game in Hamilton, Ontario. You can watch them on Sportsnet and NHL Network.

5 Questions with Marco Rossi (From CHL.com)

What’s been the key to the Ottawa 67’s success this season?

We have a lot of players back from last year so we have a lot of experience for this year. And for the new guys, we talk to them a lot and they’ve been really good this year too.

How have you been able to raise your game during your second OHL season?

I think in the first year it was a lot to be in North America and I didn’t really know what to expect, and now in my second year I know exactly what to expect which has helped me a lot.

What would you say is your greatest strength as a player?

I’m a playmaker and I love to compete hard.

Which NHL player do you enjoy watching the most and why?

Since I was a little kid I always watched Pavel Datsyuk highlights, so I would say him

How does it feel to be selected to play in the Top Prospects Game and how much are you looking forward to the opportunity?

I think it will be a really nice experience. You don’t get this every day, it’s once in your life. It’s nice to see all of the other players from all over Canada in the game and to meet them of course too.