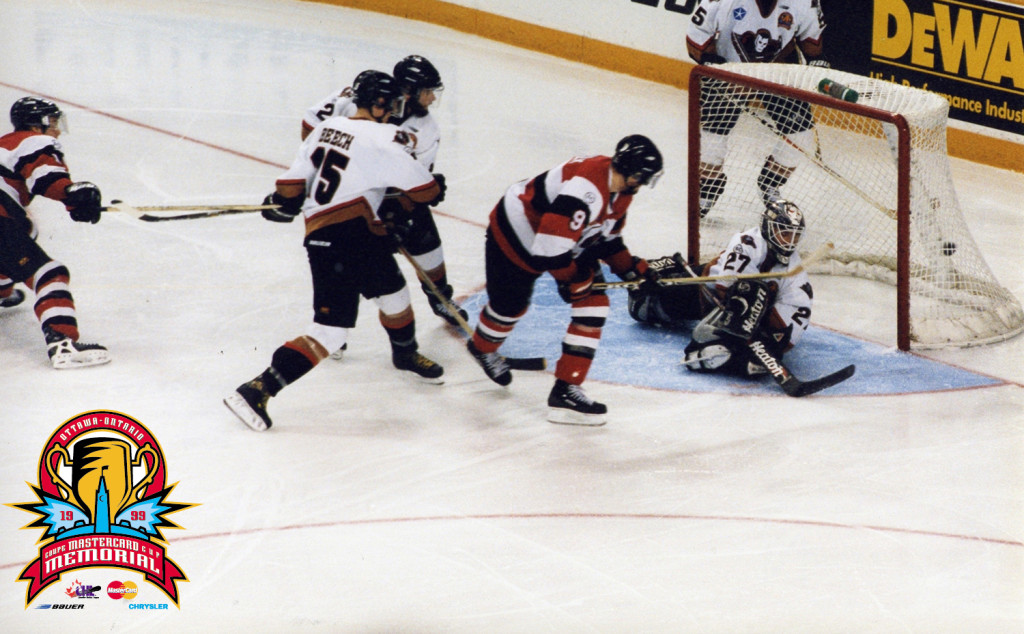 On May 23, 1999, in front of a sell-out crowd at the Ottawa Civic Centre, Matt Zultek scored in overtime to give the Ottawa 67’s a 7-6 victory over the Calgary Hitmen. Zultek’s timely goal gave the 67’s their second Memorial Cup championship in franchise history.

2: Number of overtimes needed to finish the final round-robin game between Belleville and Ottawa. Belleville won the game 5-4.

8: Total number of tournament games played at the Ottawa Civic Centre during the Memorial Cup.

9: Total number of points recorded by the Ottawa 67’s Justin Davis. He led the tournament in scoring with three goals and six assists.

13: Number of goals scored in the Memorial Cup Final between Ottawa and Calgary.

118: Number of seconds it took Matt Zultek to score the Memorial Cup winning goal in overtime vs. the Calgary Hitmen.

84,200: Total number of fans in attendance throughout the eight sell-out games. 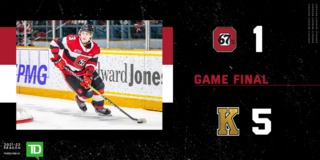 Frontenacs Down Barber Poles in Weekend Finale
24 hours ago 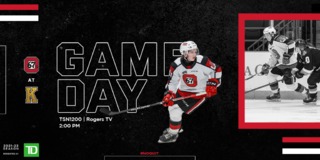 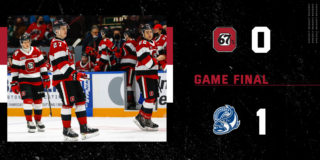 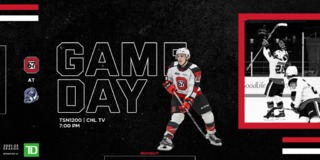 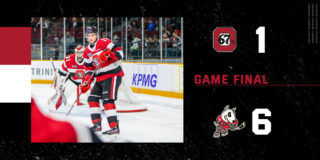