Top 5 Reasons to be at our Military Appreciation Game 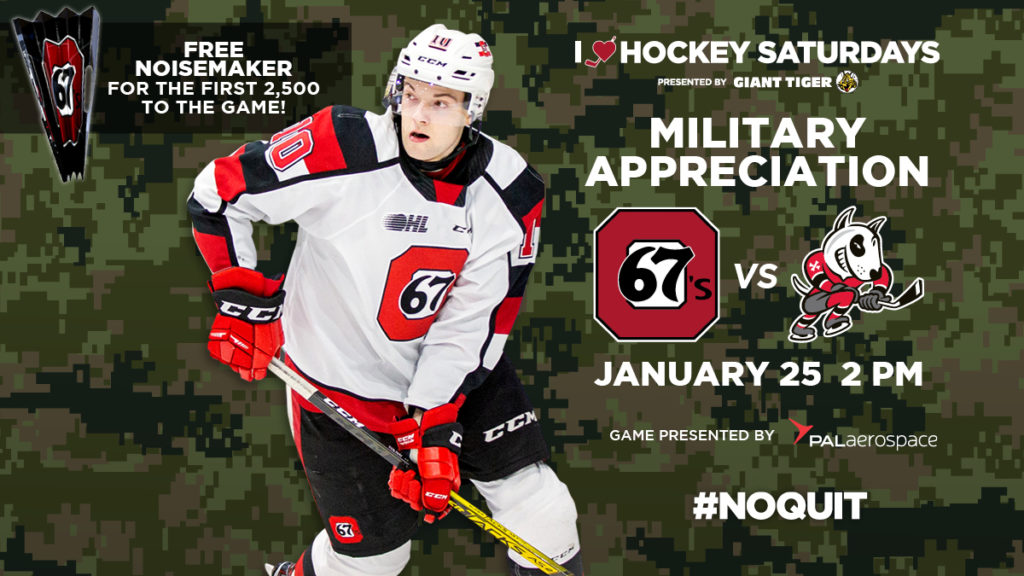 The Ottawa 67’s will play host to the Niagara IceDogs this Saturday looking to pick up their fifth consecutive. There are plenty of reasons to be at the game but here are the Top 5.

Come out and join us as we show our appreciation for Canadian Military members.

You can also send a Military member to the game! Click here to purchase a $15 ticket that will be donated to a member of the Military so that they can attend the game. OSEG will match all ticket donations.

It will be a special moment pre-game for 67’s defenceman Noel Hoefenmayer (who just hit 200 career points we might add) as his Great Great Aunt will be on hand to perform the ceremonial puck drop ahead of the game. We have invited her out to the game for Military Appreciation as she served during the Second World War. 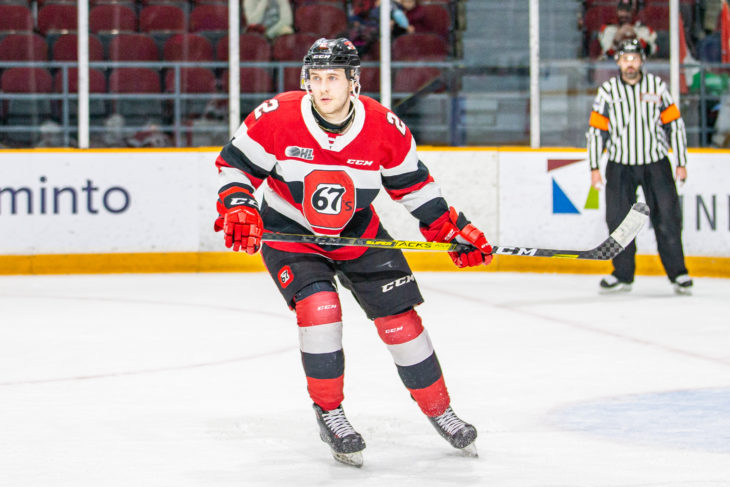 We want you to make it loud on Saturday so we are handing out FREE Noise Makers to the first 2,500 people in attendance.

This year for I Heart Hockey Saturday’s presented by Giant Tiger you can get a $30 ticket in the Red Section and a FREE mini-stick. This weekend you can get the Logan Couture stick!

Logan played four seasons with the 67’s and was also team cpatain for his last year in 2008-09. He has since gone on to play a long career in the NHL with the San Jose Sharks and was named as their captain ahead of the 2019-20 season. 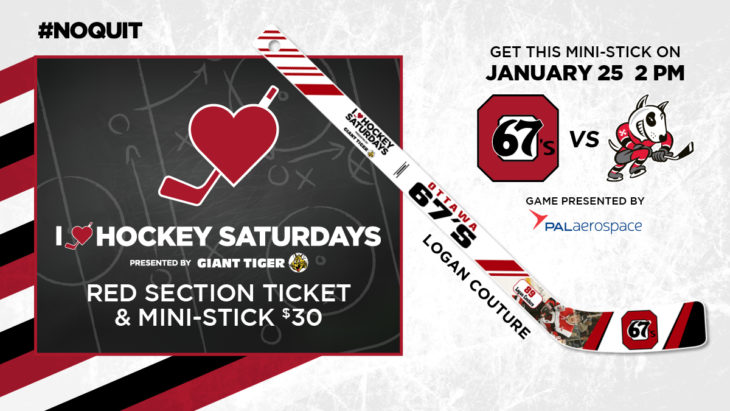 The Ottawa 67’s have been on fire as of late. The team is on a four game winning streak and has only lost one game in their last 21 outings. The team features projected NHL draft lottery selections Marco Rossi who leads in the league in points and Jack Quinn who leads the league in goals as well as World Junior Gold Medalist Kevin Bahl. 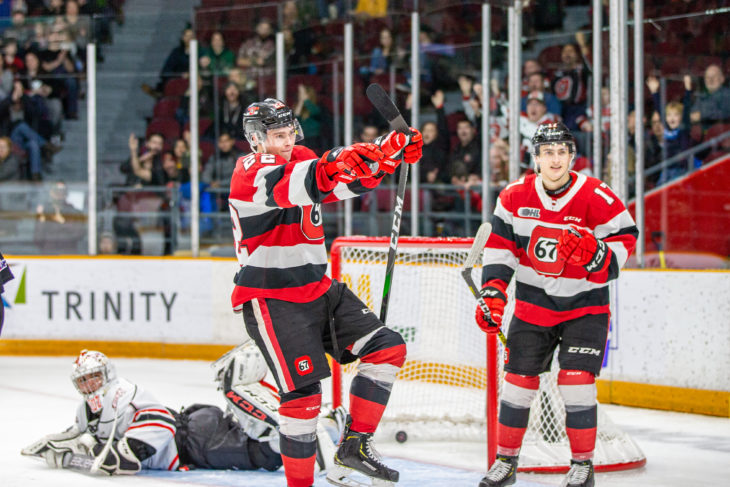