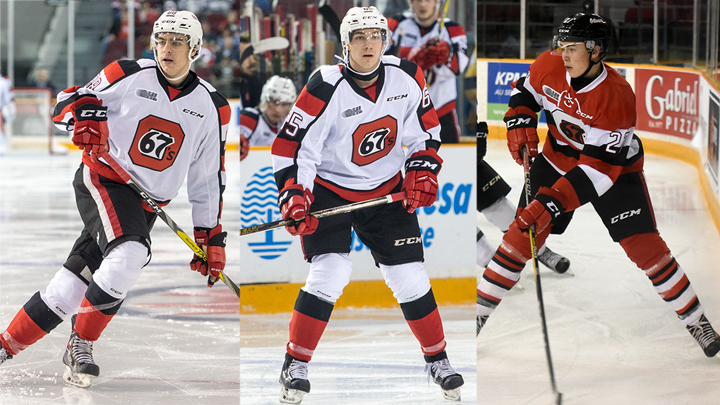 Hockey Canada announced on Wednesday the roster of young hockey talent selected to represent their country at the 2016 World Under-17 Hockey Challenge in Sault Ste. Marie October 27 through November 5.

“These are the 66 best players in the country who are, by-and-large, making their first appearance in international competition as part of Hockey Canada’s Program of Excellence. They have been selected not only based on their current ability, but also on their potential to represent Canada at under-18 and junior competition in the coming years,” said Shawn Bullock, senior manager of hockey operations and men’s national teams for Hockey Canada.

“This is a skilled group of high-performers with long-term international potential, and we look forward to working with them at the World Under-17 Hockey Challenge, and in the future.”

Stratis was the 67’s first round selection in this year’s OHL Priority Selection Draft and has appeared in the last two games for the 67’s after being sidelined with an injury to start the season. Bahl, the 6’5 hulking defenceman, has played in all eight contests for the 67’s this season while Robertson has featured in seven games registering three assists with a pair coming in his OHL debut.

The 67’s return to action this Saturday hosting the North Bay Battalion at 2 p.m. followed a date with the Soo Greyhounds on Sunday at 2 p.m. Tickets are available by clicking here, calling 613.232.6767 X1, or in person at the Box Office at TD Place. All minor hockey players part of the 67’s Prospect Program presented by Enercare get in for FREE. For more information on the 67’s Prospect Program click here.