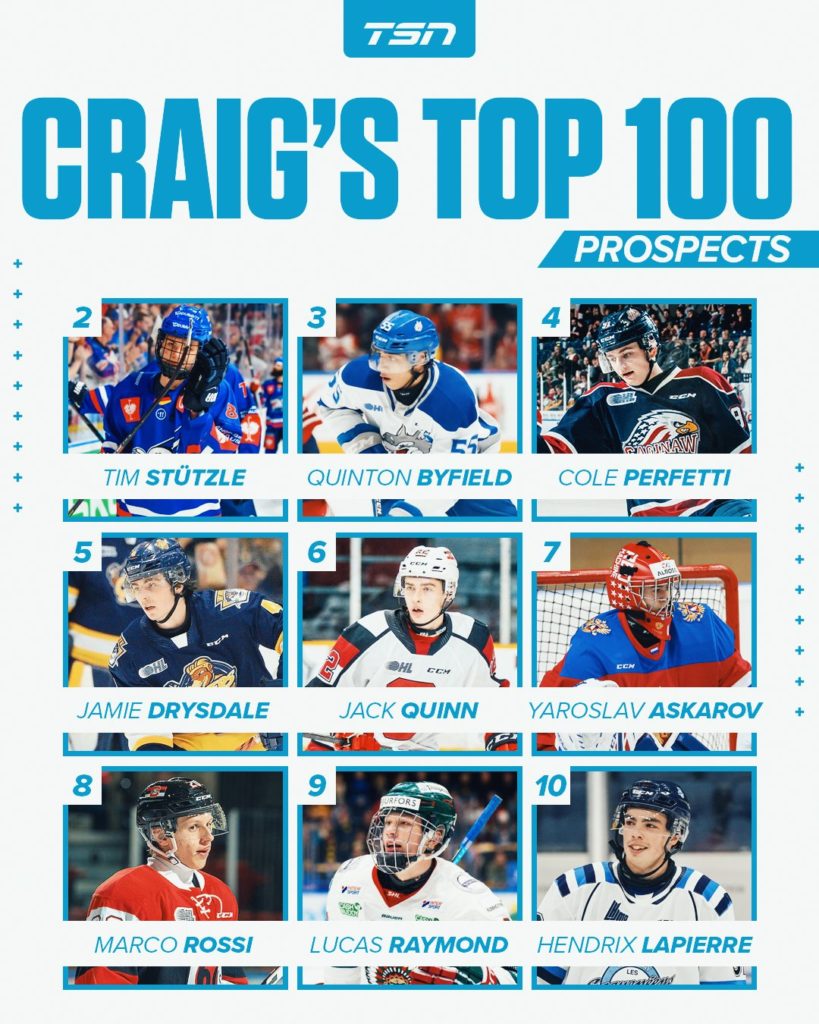 Two Ottawa 67’s players, Marco Rossi and Jack Quinn land in the top 10 of Craig Button’s Top 100 prospects ahead of the 2020 NHL Draft.

“A pair of Ottawa 67’s teammates are at No. 6 and No. 8, with right wing Jack Quinn two spots ahead of Austrian centre Marco Rossi.

“Quinn is the best goal scorer available in this draft,” Button said. “He’s capable of gearing up and gearing down with his speed to create space. He reminds me of David Pastrnak in so many ways. Rossi is an excellent playmaker with the vision and creativity to make something out of nothing. He has a style of play similar to Nicklas Backstrom.” (Darren Yourk, TSN.ca Staff).