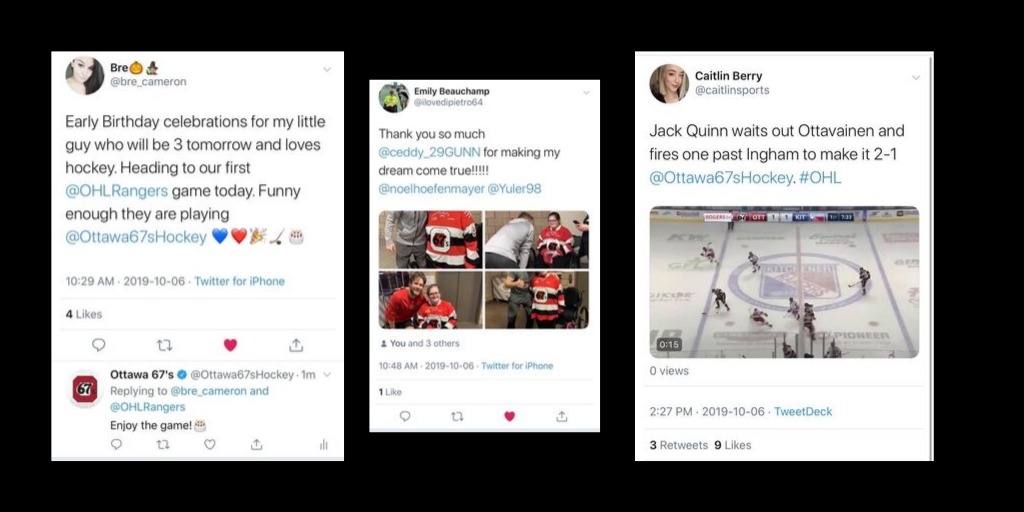 The 67’s finish off their road trip in Kitchener against the Rangers!

Jack Quinn waits out Ottavainen and fires one past Ingham to make it 2-1 @Ottawa67sHockey. #OHL pic.twitter.com/PKfOLbdIrE

Second Period the Rangers get two unanswered goals, we’re down by one!

Rangers take the lead on the delayed penalty call.

Mathew McCarthy
Axel Bergkvist of the @OHLRangers tries to reach the puck during second period @OHLHockey action against the @Ottawa67sHockey at The Aud, Sunday. #Kitchener go into the third period ahead 4-3. #hockey See @BrownRecord coverage @WR_Record after the game. pic.twitter.com/6LIxS35lfB

Third and final period, 67’s fall to the Rangers.

Penalty shot for the Rangers.

Aaaand a big save from @Ottawa67sHockey's Will Cranley to deny Vukojevic on the penalty shot. #OHL pic.twitter.com/4yEPlF5ji5