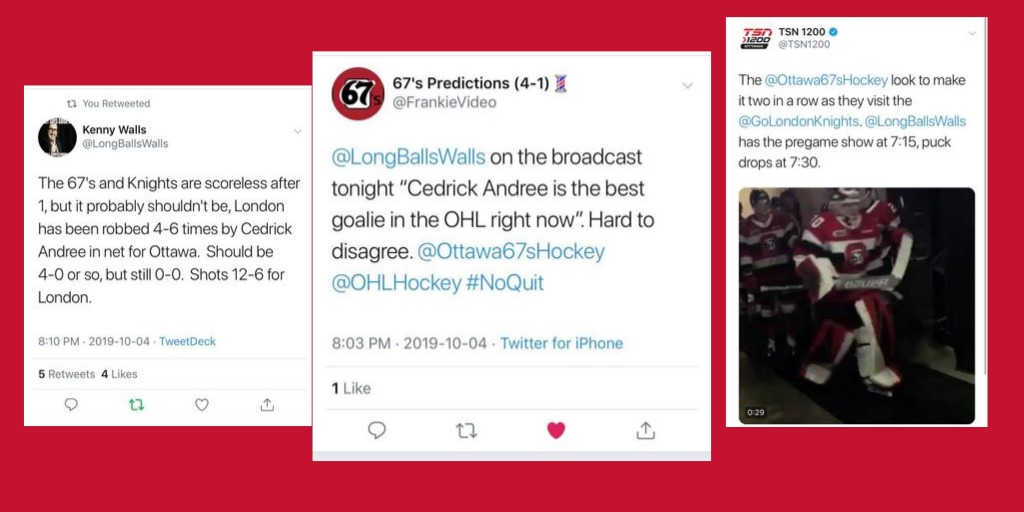 The boys are in London to take on the Knights in their second road game of the weekend!

#OHL OTT/LDN: @Ottawa67sHockey continue their run against the Western Conference gauntlet having gone past regulation in all four road games, winning them all. Being outscored during 5-on-5 play 9-7 and allowed first goal in 4 of 5 matches.

Scoreless in the first, a couple BEAUTY saves by Andree!

He is on fire tonight!

Cedrick Andree has had some fantastic saves all game- including this one at the end of the first! 😱 @Ottawa67sHockey #OHL pic.twitter.com/R1J2UXydz1

Back for the Second Period!

Cedrick Andree continues to be the star of tonight's game making 31 saves through 40 minutes but the Knights lead the 67's 2-0 after 40 minutes. I chat with Sens prospect Jonathan Gruden during the 2nd intermission along with 67's defenceman Teddy Sawyer.