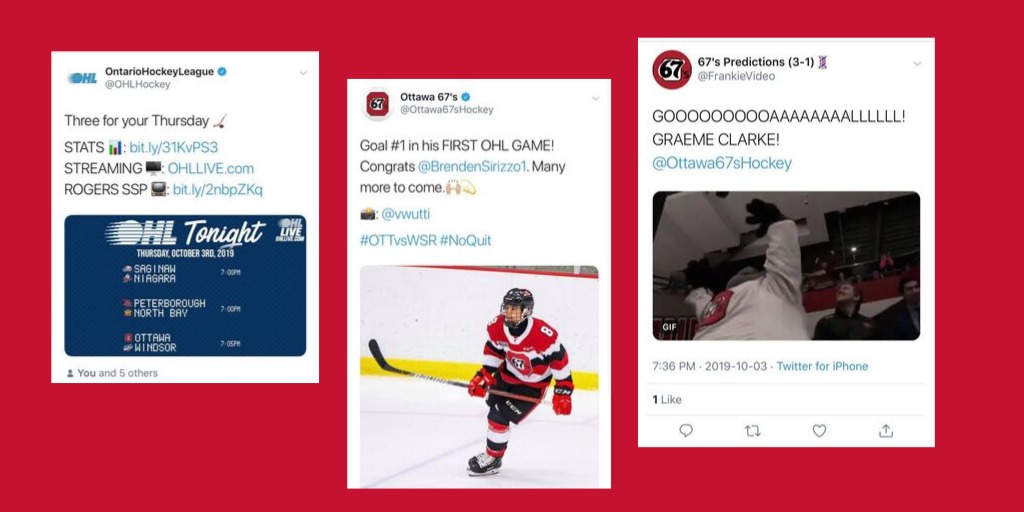 The team is in Windsor as they start their three game road trip!

***ROOKIE LAP***@Ottawa67sHockey rookie @BrendenSirizzo1 gets the spotlight before his first game in the OHL. pic.twitter.com/EyVvq2Mgil

Good to be back.

At the @SpitsHockey and @Ottawa67sHockey game tonight. A ton of #2020NHLDraft talent on the ice tonight!

The Barber Poles lead 2-1 after the first with a late goal from Clarke.

Fast-paced game in Windsor tonight as the teams go back and forth in scoring https://t.co/DJ5LdlUKzv

Goal #1 in his FIRST OHL GAME! Congrats @BrendenSirizzo1. Many more to come.🙌🏼💫

Heading to the third with a 4-2 lead over the Spits.

Windsor scores on the delayed penalty call. We're tied at 4.

🚨OVERTIME GOAL🚨@M1tchHoelscher ALL ALONE IN FRONT!