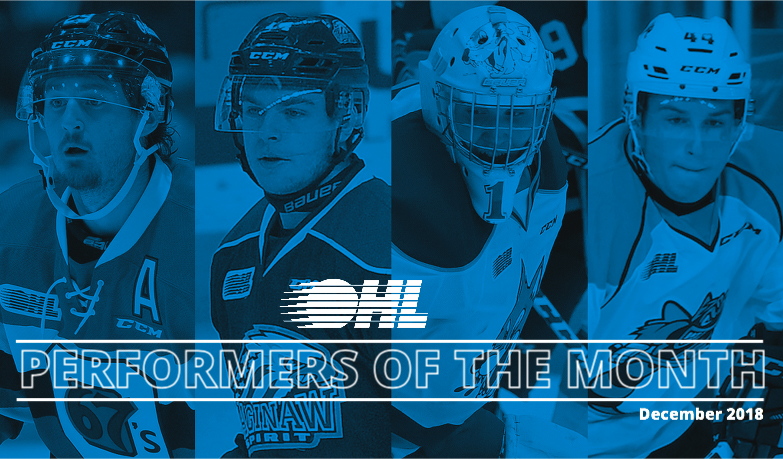 OHL Player of the Month – Tye Felhaber (Ottawa 67’s):
Ottawa 67’s overage winger Tye Felhaber is the OHL Player of the Month for December after leading the league with 16 goals and 20 points over 10 games along with a plus/minus rating of plus-10. The fifth-year forward had points in all 10 of his December contests, recording three different hat-tricks while earning Three Star recognition on five separate occasions. Felhaber got his month started with a bang on Dec. 2nd, scoring three times in a 6-3 win over the North Bay Battalion. He recorded another hat-trick a week later, powering the 67’s past the QMJHL’s Gatineau Olympiques 5-1 on home ice before following-up that effort with two goals and an assist on Dec. 9th as the 67’s defeated the Peterborough Petes 4-2. Felhaber rounded out the 2018 calendar year with a New Year’s Eve third period hat-trick as the Barber Poles fell 6-5 in Niagara. The hat-trick was the sixth of Felhaber’s OHL career, bringing his goal-scoring total to a league-leading 42 on the campaign.