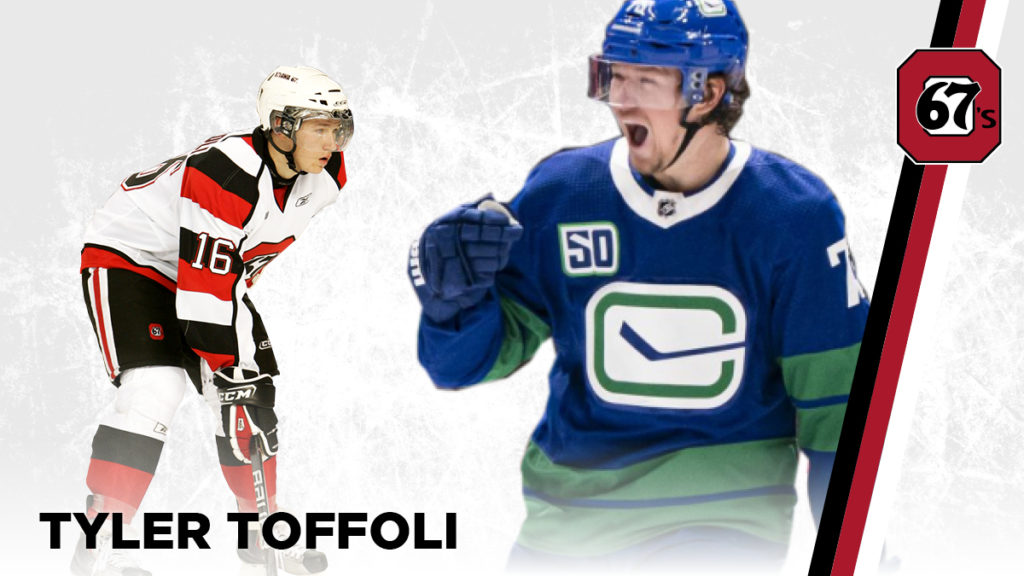 As the second round of the 2020 NHL Playoffs continue, there are still two 67’s alumni fighting for their chance at the Stanley Cup. Travis Konecny of the Philadelphia Flyers and Tyler Toffoli of the Vancouver Canucks.

After facing injury at the beginning of playoffs, Toffoli returned to the lineup during game two vs the Vegas Golden Knights and finished with a career single-game playoff hight with a goal and two assists.

.@tytoff16 showing us how it’s done in game 2⃣. https://t.co/KITWbRELcA

Former @Ottawa67sHockey standout Tyler Toffoli (@tytoff16) posted three points in his return to the lineup as the @Canucks evened the series on Tuesday night. pic.twitter.com/Iz16yaUI7Q

You could say the Canucks and their fans were excited about Toffoli’s performance in the 5-2 win over the Golden Knights.

Bang bang – Toffoli to Horvat to THE BACK OF THE NET! pic.twitter.com/eFEGhi28jD

Tyler Toffoli, Elias Pettersson, and Bo Horvat combined for four goals and seven points to lead the Vancouver Canucks to a series-tying win over the Vegas Golden Knights .https://t.co/nm1XQHsq6Z

.@tytoff16 showing us how it’s done in game 2⃣. https://t.co/KITWbRELcA