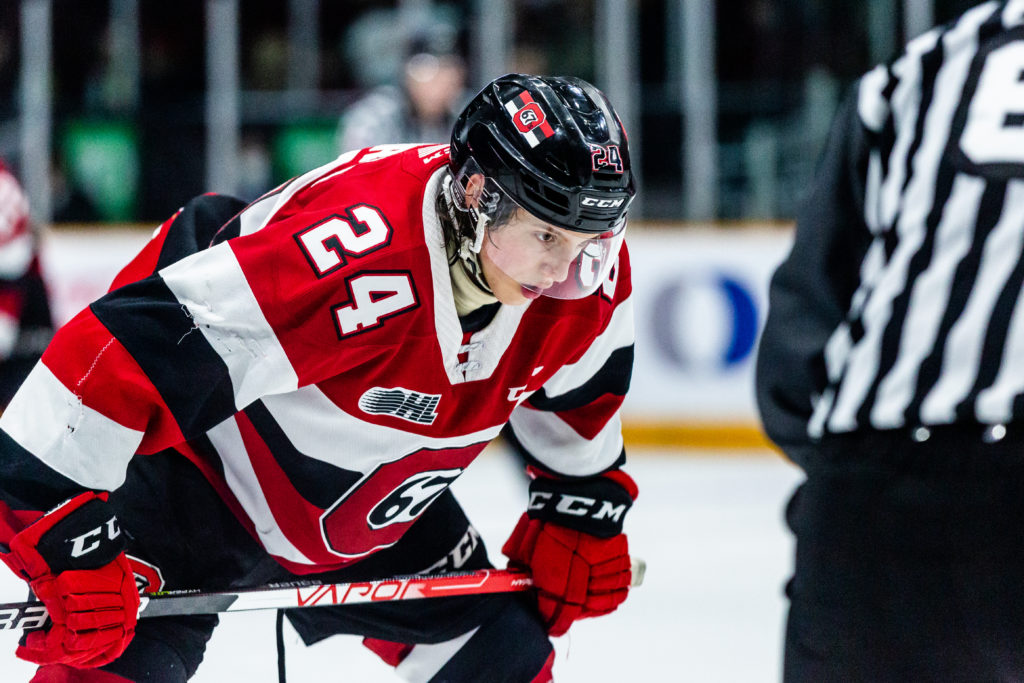 “Vinzenz quickly became a key player for us in his first year in North America, due in large part to his enthusiasm and positive attitude,” said General Manager James Boyd. “Paired with his skill level and continuous improvement, this made him one of the top first-year players in the OHL this past season.”

A native of Feldkirch, Austria, Rohrer appeared in 64 games with the Barber Poles in 2021-22. He finished the year as the team’s top scorer, with 23 goals and 25 assists for 48 points.

In four postseason games, the 17 year-old tallied a goal and three assists.

Internationally, Rohrer was named to the Austrian World Junior team, recording an assist through two games.

Rohrer is the first 67’s player to achieve Second All-Rookie honours since his fellow countryman, Marco Rossi, in 2019.