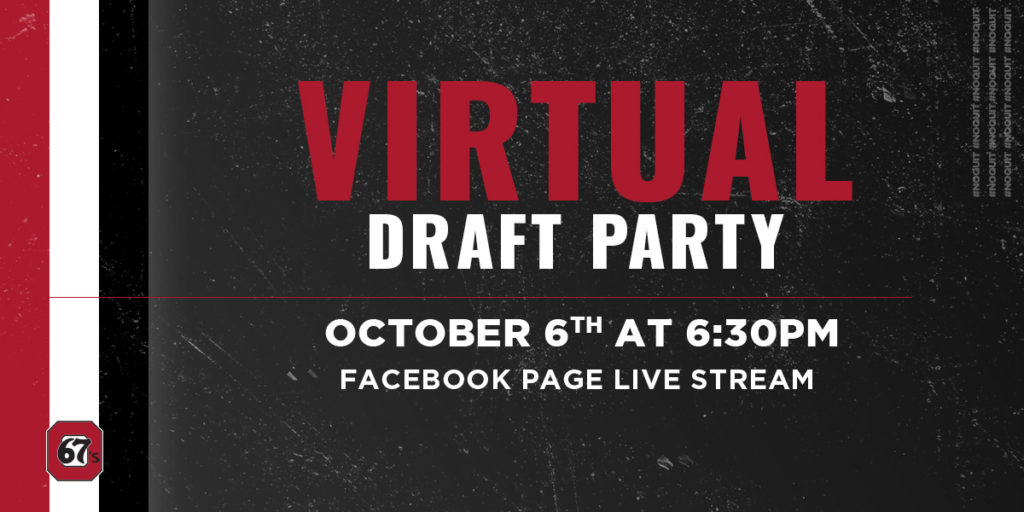 October 6th will be a special night and we want you there with us. Tune in to Facebook Live for a Virtual Draft Party!

For the first time since 1993, two Ottawa 67’s are projected to be selected in the first round of the NHL Draft, Marco Rossi and Jack Quinn.

Hosted by Colin Zappia, 67’s Fans will be able to gather virtually to enjoy a pre game show starting at 6:30pm before the NHL Draft Starts at 7:00pm. We’ll be joined Live from the Press Box at TD Place with Coach Andre Tourigny, General Manager James Boyd, and Assistant General Manager Jan Egert. Experience the moment our players get called by an NHL team when their hockey careers are changed forever.

Keep an eye on our social channels this week and the night of for your chance to win a few awesome prize packs brought to you by TD, including a team-signed jersey.

RSVP to the event on our official Facebook Event Page.

More on our Draft Central!