Yule gets birthday present, propels 67’s to victory over Petes 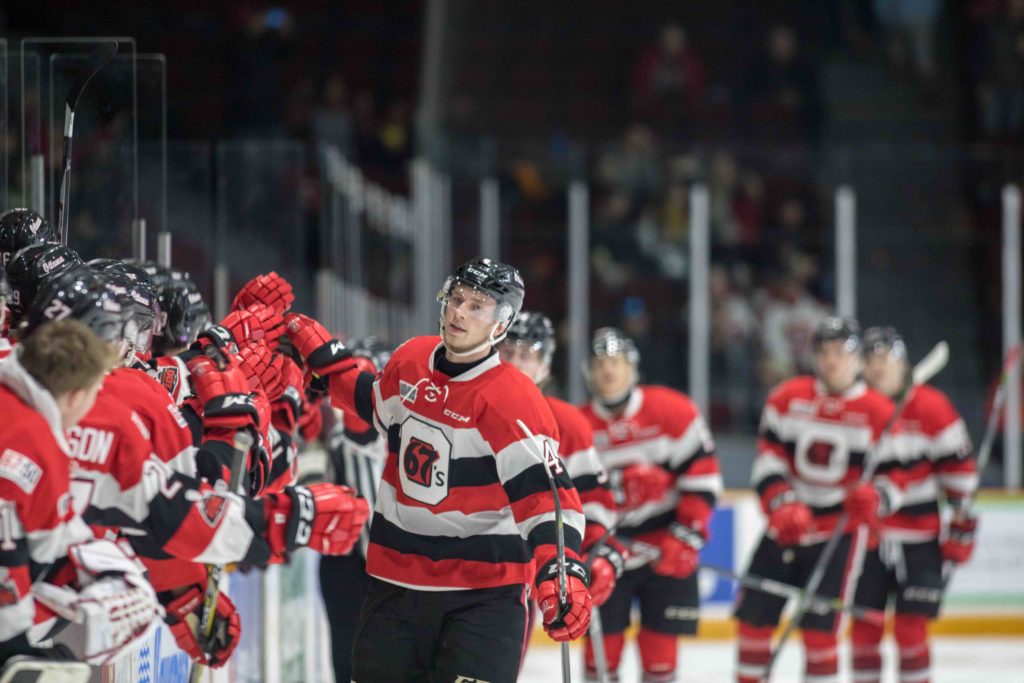 A third period goal from birthday boy Quinn Yule propelled the Ottawa 67’s to a victory over the Peterborough Petes Saturday afternoon.

The 67’s opened the scoring on a nifty passing play that ended up in the back of the net. Sasha Chmelevski dished it down low to captain Travis Barron, who deposited the scoring chance around the outstretched pad of Dylan Wells at 15:55.

Jacob Cascagnette, a new addition to the 67’s roster, had an assist on the goal.

Peterborough had the answer right at the start of the second frame, when they scored at 3:22 and 6:10 respectively to take the lead over Ottawa.

Before the period ended, Austen Keating got in on the scoring action with another newcomer drawing the primary assist. Merick Rippon found Keating, who knocked home his 12th goal of the campaign.

With the game tied 2-2, it was an unlikely hero who pulled the 67’s ahead. Yule went hard to the net and deposited the pass from Sam Bitten to make the score 3-2.

That was the difference maker for the 67’s, as they registered their 16th win of the campaign.

On his three new acquisitions… “They played exactly how we expected them to. They drove hard, they were physical, they were like what we saw. It adds depth for us – they were really good. ”