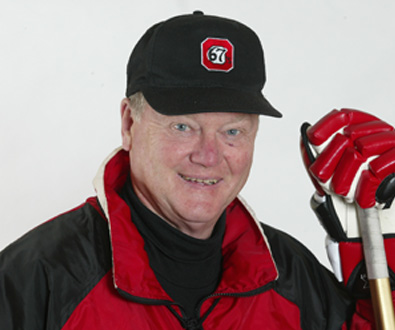 The legendary 67’s coach and GM is at home recovering from triple bypass surgery after suffering a heart attack Aug. 12 and the 77-year-old is well aware he’s been given a new lease on life.

Kilrea is missing his first training camp of any kind since 1974, but he believes being on the shelf for a month and giving up cigars is a small price to pay to get back the quality of life he has come to enjoy with wife Judy and family.

“I’m very lucky,” Kilrea said from his home on Thursday. “I know I’ve got a second chance … put it that way.”

Kilrea was feeling fine when he teed up with the Ottawa old pros for their annual golf tournament a couple of weeks ago, but by the back nine he was hurting. All he did was get out of the cart to putt and even that was difficult.

The pain he was having in his chest subsided on the Friday night, but returned after he went to watch his grandson play baseball Saturday morning. At 3 a.m. Sunday, he told Judy it was time to go to the General Hospital.

“When (the golf tournament) was over, I didn’t even go in to see anyone, say goodbye, have a beer or anything. I just went right home and went to bed,” said Kilrea.

“I was lucky I did go home. The next day the pain came back and it started until I finally went to the hospital. This was all leading up to something and had I done anything (strenuous) who knows what would have happened? I had enough pain that they were able to diagnose and look after me.”

The issue for Kilrea right now is simple: This is a guy who hasn’t done “nothing” his whole life. Even in “retirement” he has stayed active by scouting and lending advice to the 67’s whenever he’s called upon.

“Thank goodness (the NFL) is starting,” said Kilrea, who loves watching football. “I’m not sure we’re going to have (NHL) hockey to watch this year, but, hopefully, we do.”

While Kilrea would like to be spending his days at 67’s camp, his health is the No. 1 priority for the Hockey Hall of Famer.

67’s coach and GM Chris Byrne has dropped by to give Kilrea a regular update on camp. He’s in contact with longtime pal Bert O’Brien, along with owner Jeff Hunt and the club’s chief scout Pat Higgins to make sure he gets regular update.

“They’re all good people. They let me know what’s going on and that’s just great for me,” said Kilrea.

Kilrea is carefully following the plan for recovery he was given by the staff at the University of Ottawa Heart Institute. Right now, he’s getting daily exercise and slowly working his way back.

By the time the OHL regular season starts at Scotiabank Place, Kilrea should be in the stands to watch the action.

“I’m going to follow the book that they gave me: The exercises, the walking,” said Kilrea, whose friend John Stanton Sr. (a retired L.A. Kings scout) has given him plenty of advice after he had a similar procedure in July.

“The funny part is I can have a beer, but I can’t have a cigar. The cigar days are over, but luckily they didn’t do the terrible harm that could have been done.”