Brown scores winner as 67’s get huge victory in Kitchener 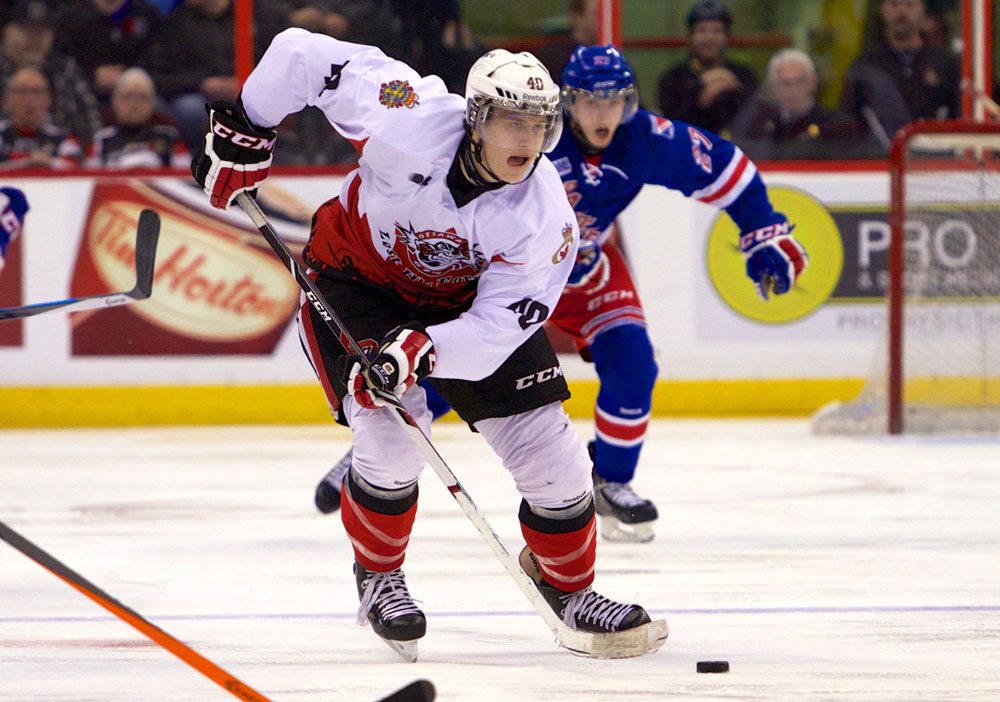 The sophomore forward scored his team-leading fourth game-winning goal of the season early in the third as the 67’s earned a much-needed 4-2 victory over the Rangers on Sunday afternoon at the Kitchener Memorial Auditorium in an Ontario Hockey League game.

Brown, playing on Ottawa’s top line on Sunday with Erik Bradford and Travis Konecny while Ryan Van Stralen mends an injury, beat Kitchener goalie Jordan DeKort 92 seconds into the final frame and Ottawa hung on for its 21st win of the season.

The victory moved the 67’s back into a tie with the Niagara IceDogs for eighth place in the OHL Eastern Conference standings. The IceDogs, who lost to the Mississauga Steelheads yesterday, trail the Steelheads, along with Ottawa, by two points.

Following Brown’s goal, the 67’s were forced to kill a five-minute major to John Urbanic who was nabbed with a checking-to-the-head penalty. The Rangers pressed, but goalie Philippe Trudeau shut the door.

Trudeau made 39 saves for the 67’s who managed 23 shots on the Kitchener net.

Brendan Bell scored twice, including one into an empty net (his 20th of the year), and Brett Gustavsen also scored for Ottawa. Erik Bradford had two assists, including one on the game-winner by Brown.

Frank Hora and Darby Llewellyn counted for the Rangers.

Ottawa’s next game is on Wednesday in Belleville against the surging Bulls, a team which sits just three points back of the 67’s and Niagara in the standings.