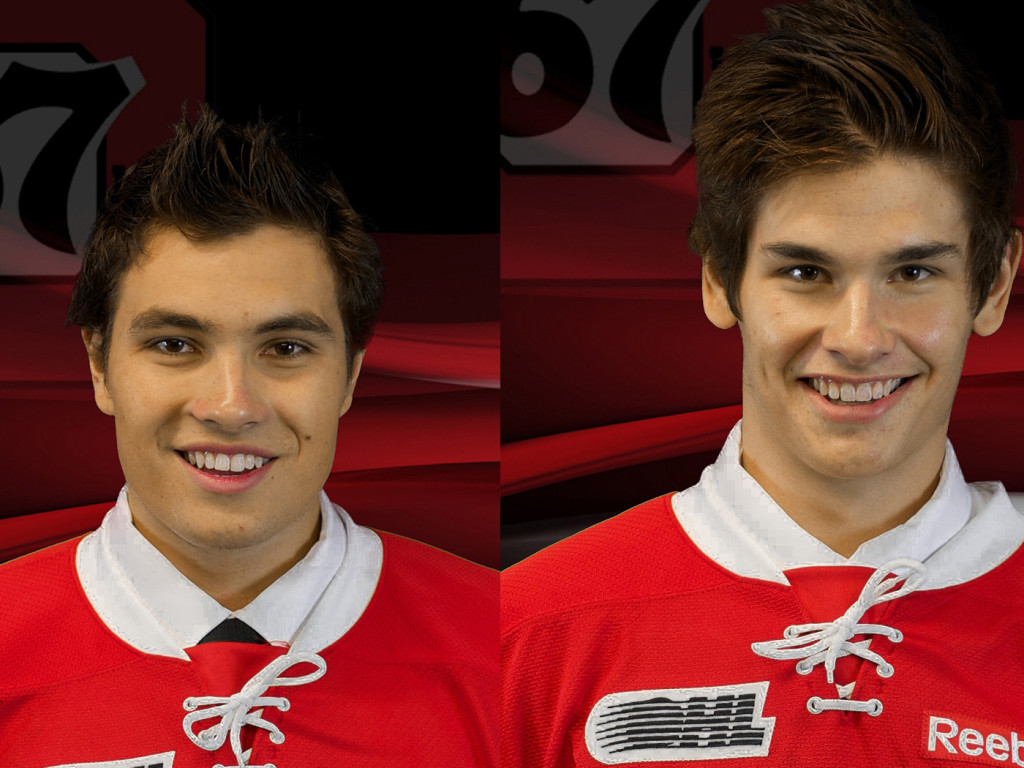 “Ceci and Monahan are both extremely capable players, on the ice and in the room,” said 67’s Head Coach and General Manager, Chris Byrne. “They get along very well and, since one plays forward and the other plays defence, they relate very well with everybody on the team.”

Ceci will wear the Captain’s “C” for home games in the first half of the season and Monahan will wear it on the road. They’ll switch it up in the second half.

“Tyler Graovac and Jake Cardwell are also very strong players who do the right things on the ice and serve as great examples,” said Byrne. “I think we have a fine leadership group.”

The 67’s open their regular season tomorrow evening at 7:00 PM against the Barrie Colts in their new home arena, Scotiabank Place. Lots of great seats are still available and fans are encouraged to order online by clicking here.