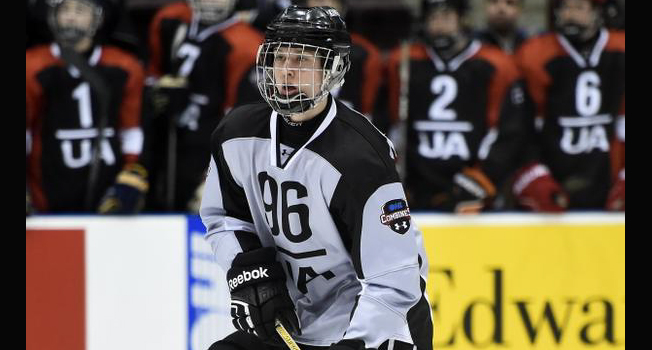 The Ottawa 67’s of the Ontario Hockey League have signed defenceman Hudson Wilson.

The 16-year-old native of Toronto was a third-round pick, 52nd overall, by Ottawa during the 2015 OHL Priority Selection.

He also competed at the 2014 OHL Cup with the Toronto Junior Canadians Minor Midget Triple-A team that won a silver medal.

Ottawa’s 2015-16 regular season begins on Thursday, September 24 with a road game in Peterborough against the Petes.

The regular-season home opener for the 67’s is Sunday, September 27 against the Barrie Colts, with a 3 p.m. face-off.

The 67’s full schedule and ticket information is available here.